The best C58 loadout in Call of Duty: Warzone Season 4

The best C58 loadout in Call of Duty: Warzone Season 4

The C58 is the newest weapon in the assault rifle pool 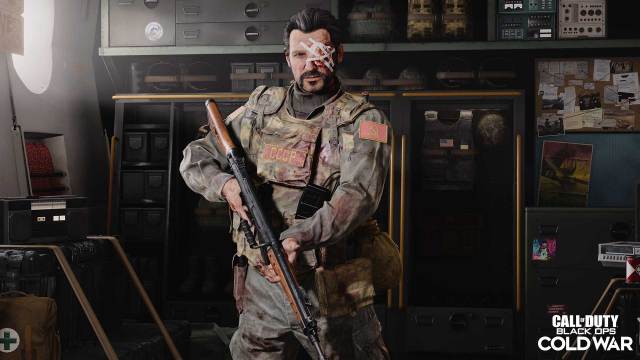 Provided by Activision The gun model for the C58 in Black Ops Cold War.

Season 4 of Call of Duty: Warzone added three new weapons to the fold. The MG 82, C58 and Nail Gun are now available in the battle royale. While the MG 82 and Nail Gun might have more of a place in the current meta, the C58 can be a great rifle if the right loadout of attachments is equipped.

Players can unlock the C58 at tier 31 of the Season 4 Battle Pass. Unless a user has purchased the necessary tiers, climbing up this far into the pass will take some time. Although many won’t have the C58 unlocked for a stretch, it’s still wise to get acquainted with the gun’s recommended loadout.

The C58 is described as “high damage at close-range and reliable recoil” but it has a slower bullet velocity than other popular rifles. It also features a slower movement speed, which initially turned off some players.

However, it’s all about having the right loadout and attachments. The C58’s recommended loadout might not challenge something like the MG 82 or Krig 6, but it can still be a decent loadout if used correctly. Also, with the many changes to assault rifles in Season 4, finding a new AR is on many players’ agendas.

The key element in this C58 loadout is the 18.7″ Ranger barrel. Raven Software buffed the Ranger barrels in Cold War significantly, giving them 50% extra bullet velocity. With the C58’s lower base bullet velocity, this attachment is a must-have in Warzone.

Following the barrel, the loadout follows a traditional route with attachments like the Agency Suppressor, Field Agent Grip and Axial Arms 3x scope. The STANAG 55 Rnd magazine stands out but the C58 doesn’t start with many bullets in the clip. Tossing on an attachment that increases the magazine size is essential to surviving engagements with the C58.

While it may be overshadowed by the emergence of the MG 82 in Season 4, the C58 possesses a reliable loadout in Warzone.