A terrific shotgun in MW2 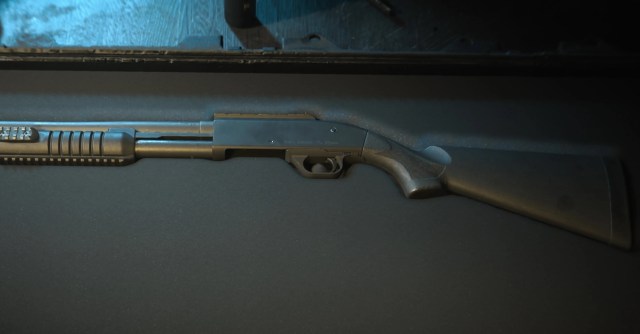 Provided by Activision The gun model for the Bryson 800 in Call of Duty: Modern Warfare 2.

The shotgun class in Call of Duty: Modern Warfare 2 hasn’t received nearly as much attention in the early portion of the game’s life cycle as other classes. Players have been running around with assault rifles, submachine guns, and snipers more than anything else, which is no surprise. Unless a weapon category, like the shotgun class, features an overpowered weapon or two, the ARs, SMGs, and snipers will usually reign supreme.

However, the shotguns in MW2 have been underrated thus far, as some great weapons are available. One of those weapons is the Bryson 800, which features an outstanding loadout in Modern Warfare 2.

The Bryson 800 is a pump-action shotgun that can deal one-shot kills if players are at the right distance and if they’re using the right attachments. While the shotgun won’t be able to kill enemies across the map or do anything else overpowered, it’s a solid weapon that can come in handy when faced with a close-range encounter. If players aren’t using the best set of attachments, though, they’ll put themselves at more of a disadvantage.

The Bryson 800 is a well-rounded shotgun, but could use some improvements to its damage range and mobility. An increase in these stats makes it more viable in close range and allows players to compete with a fast-killing SMG or AR.

The loadout begins with the Bryson Improved Choke and the 21.5″ Bryson Shredder. The former increases damage range and pellet spread while the latter boosts bullet velocity and recoil control. The rest of the loadout aims to improve mobility, with the Stovl Tac Laser increasing hip-fire accuracy so players don’t always have to aim down sights. The Sawed-Off Mode gives players extra sprint-to-fire speed for any time they want to ADS, though.