The new SMG needs quite the boost to be viable 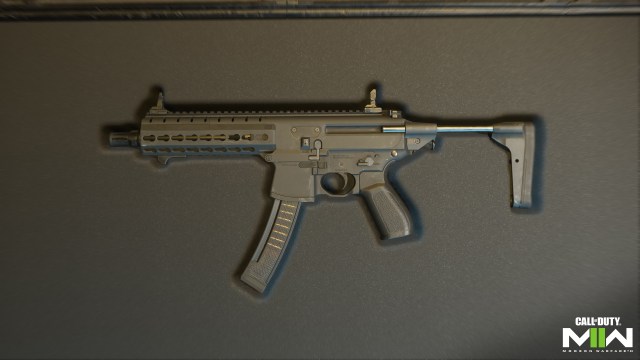 Provided by Activision The gun model for the BAS-P in Call of Duty: Modern Warfare 2.

The BAS-P arrived in Call of Duty: Modern Warfare 2 with the Season 1 update earlier this week. It’s a compact submachine gun that closely resembles the MPX SMG, which is another version of the MP5.

While the BAS-P has decent stats in MW2, its performance is quite lackluster, even with a full slate of attachments. However, players can get some good use out of the BAS-P in Modern Warfare 2 if they use its overall best loadout.

Compared to other submachine guns in MW2, the BAS-P doesn’t stand out in any one area. It has a normal-sized magazine, average mobility, a fast rate of fire, and decent accuracy. Where it truly falls short is in its damage range. Players will immediately notice that the BAS-P takes five or six bullets to kill an enemy at medium-long range, which is not the case for most of the other SMGs.

Up close, the BAS-P can shred enemies thanks to its high fire rate, but anything beyond that and the gun shows its true weaknesses. We’ll be attempting to correct those weaknesses with the BAS-P’s best set of attachments.

For the BAS-P’s top loadout, we’ll be focusing on damage range and mobility more than anything else. These two areas are where the SMG needs the most help so it can compete with other guns in its class.

This loadout is mostly about boosting damage range while trying to keep mobility high. We have the 10.5″ Bruen Typhon barrel, which increases damage range and bullet velocity. The FSS Sharkfin 90 underbarrel improves aiming stability while the Bruen Flash Grip improves both ADS and sprint-to-fire speeds. The Bruen Flash V4 Stock also adds more mobility, increasing the same stats but also boosting sprint and crouch speeds. Finally, there’s the Cronen Mini Pro optic, which is great for close and medium-range gunfights. If players don’t have that sight unlocked, we’ve listed a couple of alternatives.