The best Automaton loadout in Call of Duty: Vanguard

The best Automaton loadout in Call of Duty: Vanguard

The next assault rifle to start leveling up 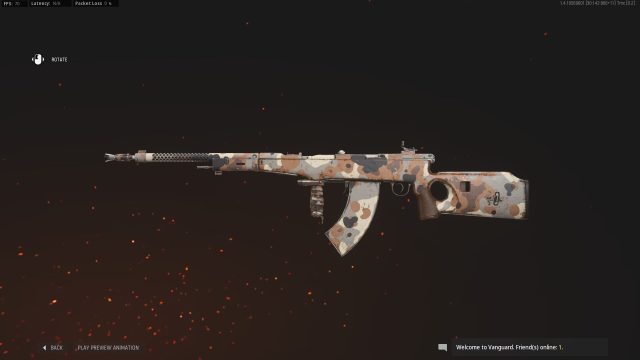 Provided by Activision The gun model for the Automaton in Vanguard.

Prior to Call of Duty: Vanguard’s release, many players expected the STG44 assault rifle to dominate multiplayer. After all, it was the top dog during the beta and also features great stats in Warzone. While that still holds true, many players are overlooking one particular rifle in multiplayer: The Automaton. It’s is the next AR that players unlock after the STG44 and it has perhaps an even better loadout in Vanguard.

Most players will hop into multiplayer and see two weapons in the killfeed: the STG44 and MP40. These are the first weapons players unlock, so they’re naturally going to get the most attention. However, players who want an advantage in Vanguard might want to start leveling up the Automaton. Once players get some attachments on it, they’ll realize just how strong it is in multiplayer.

Once players begin using the Automaton, the first thing they’ll notice is how fast its fire rate is. This is the main reason it’s able to dominate at both close and long-range in Vanguard. Paired with almost no recoil, the Automaton can shred enemies, and players won’t have to move their aim at all. Of course, this is all made easier with the Automaton’s top loadout in Vanguard.

This loadout has a mix of everything, addressing recoil control, damage range, mobility and even stealth. The biggest attachments are the ZAC Skeletal stock, for extra mobility, and the ZAC 600MM BFA barrel for pristine accuracy. Subsonic is also the best ammo type choice since players can stay hidden when firing.

All of these attachments combined make for one of the best loadouts in Vanguard and should put the Automaton on players’ radar in multiplayer.