The best Armaguerra 43 loadout in Call of Duty: Warzone Season 5

The best Armaguerra 43 loadout in Call of Duty: Warzone Season 5

The former best SMG has been nerfed in Season 5 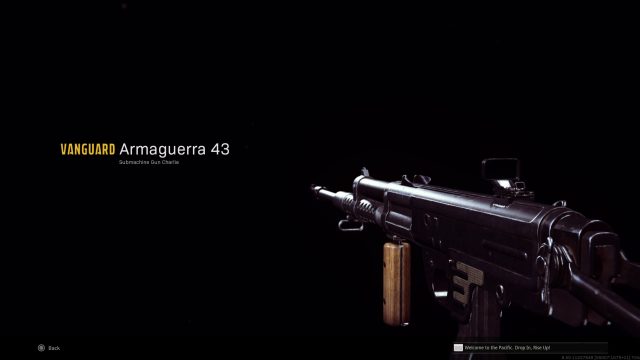 Provided by Activision The gun model for the Armaguerra 43 in Call of Duty: Warzone

The mighty certainly fell in the Season 5 update of Call of Duty: Warzone. The Armaguerra 43 submachine gun went from being the undisputed top SMG in Warzone to competing with several other guns for the spot after a nerf was applied to it with Season 5.

While some players might be put off by the Armaguerra 43 now, its loadout is still one of the best in all of Warzone. Although, players should be aware of the nerfs it was given in Season 5 so they can know what to expect from the weapon moving forward.

The only base stat nerf that the Armaguerra received was to its ADS Movement Speed Scale, which was slightly reduced. Other than that, the Armaguerra had several of its best attachments nerfed. This mainly includes the top-performing barrels and magazines but its best stock attachment was also given a stat reduction. Even with these nerfs, though, the Armaguerra 43 still stands above most other SMGs in Warzone thanks to its overall loadout.

To see the full loadout for the Armaguerra 43 in Warzone Season 5, keep reading below.

Some aspects of this loadout to make a note of lie in the barrel, magazine, and stock. The Imerito 180mm Short barrel’s vertical recoil control penalty was increased, meaning it will be harder to control when shooting. The 8mm Kurz 72 Round Mags also saw a nerf in bullet velocity as well as damage range. Finally, the Imerito TA Skeletal stock had its sustained recoil penalty increased, once again meaning that players will need to be more accurate during sustained fire.

With all of these nerfs, the Armaguerra 43 has lost its spot as the undisputed top SMG in Warzone. However, it’s definitely still one of the best players can use in Season 5.