Two pistols in your hand 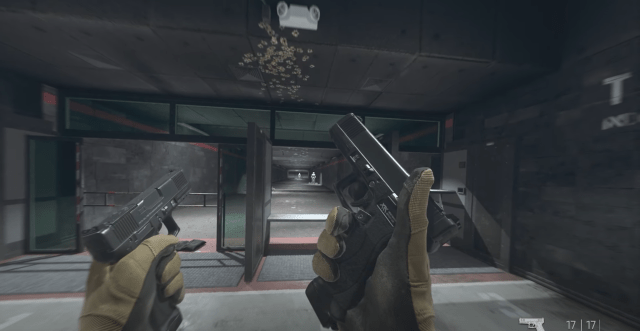 The Akimbo attachment has returned in Call of Duty: Modern Warfare 2. While it’s not as overpowered as it was in the original MW2, Akimbo weapons are still powerful when equipped with the right set of attachments.

In this version of MW2, the Akimbo attachment is exclusive to the pistol category, meaning players can only run around with two pistols in their hands and not any other weapon class. This will limit what players can do with Akimbo, but there are a couple of loadouts players can equip to really aggravate their enemies in Modern Warfare 2.

These loadouts will have an emphasis on the Akimbo attachment, as one would expect. This means that stats like aim down sights speed and sprint-to-fire speed won’t be used since players can only hipfire while in Akimbo.

The two best pistols to use with Akimbo are the X13 Auto and the Basilisk. The former is a fully-automatic pistol while the latter is a magnum-type pistol that features some lethal attachments, including the Snakeshot ammunition.

Both loadouts will be listed for the pistols below.

We’ll start with the X13 Auto. This pistol is terrific without Akimbo, so adding another weapon to the mix will only make the X13 Auto more powerful. In order to unlock the Akimbo attachment for this pistol, players need to reach level 19 with the X12 first.

Next up, we have the Basilisk. This is the return of the infamous Snakeshot pistol from MW2019. Players can equip a certain type of ammunition to deal extra damage, making the Basilisk a one-shot kill at most ranges. Adding Akimbo to the mix is just adding an extra layer of power.

Those are the two best Akimbo loadouts for the pistols in Modern Warfare 2. If any additional pistols are added to multiplayer, then this list could change. And for players wondering, these loadouts should also be dominant in Warzone 2 when it releases.