A newly buffed pistol in MW2 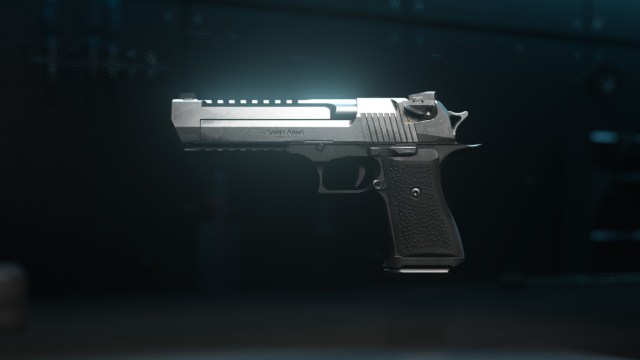 Provided by Activision The gun model for the .50 GS in Call of Duty: Modern Warfare 2.

In last week’s Season 1 Reloaded update, several weapons were adjusted in both Call of Duty: Modern Warfare 2 and Warzone 2. The developers at Infinity Ward mainly buffed some of the game’s weaker weapons, which included the .50 GS pistol. The .50 GS, or the Desert Eagle as most fans know it by, was one of the most underwhelming guns in MW2 and Warzone 2 prior to Season 1 Reloaded.

It was particularly noticeable in MW2, as players never really used the .50 GS in Warzone 2 to begin with. Luckily for Modern Warfare 2 players, the .50 GS was buffed significantly, giving its best loadout new meaning in Season 1.

The main issue with the .50 GS before the most recent update was its damage output. Sometimes, it could take up to three shots to kill an enemy with this hand-cannon pistol, which was far too weak. Players could barely get off two shots before an enemy killed them with a more powerful rifle or submachine gun.

That should happen far less often post-Season 1 Reloaded, though, especially when players throw on the .50 GS’ best set of attachments.

The full buffs for the .50 GS in Season 1 Reloaded are viewable below:

As you can see, damage range was the main stat that the developers honed in on with these buffs. This resulted in a new loadout for the .50 GS.

The SA Tyrant Fifty barrel was buffed by increasing its damage range, so we had to throw it on the loadout. Players also get a bump in their magazine size with the 13 Round Mag. The rest of the loadout is focused on improving the .50 GS’ mobility so players can get their gun up faster and land shots onto enemies quicker.