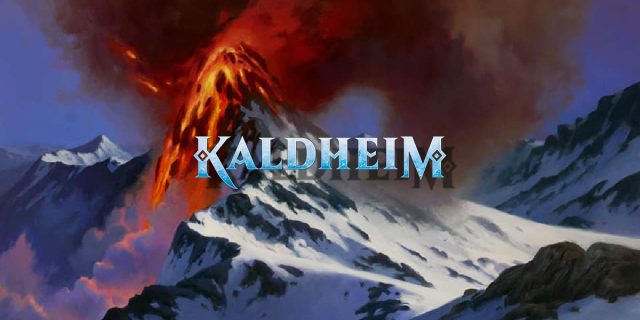 Red is a powerful color in the latest Magic: The Gathering set. The best red cards in Kaldheim have tons of versatility and bring a whole new approach to traditional red mechanics. While a little weird and sometimes situational, they are sure to have a huge impact on the game.

The best red cards in Kaldheim

Toralf is a weird creature with a unique ability. When a creature or planeswalker is dealt excess noncombat damage, the excess is dealt towards another target. Effectively, it gives other spells trample. Toralf may feel familiar, while other creatures like Pestilent Spirit and Firesong and Sunspeaker also grant keywords to spells. Giving spells trample will turn cards like Shatterskull Smashing into a powerful game-closing move.

Toralf’s Hammer may not be quite as good as the creature side, unfortunately. When equipped, the creature only gains a bonus if it is legendary. If it is not legendary, it restricts the creature to only acting as a way to use the hammer’s ability. It is mana-intensive and it effectively removes a creature as an attacker in order to throw the hammer. Being able to bolt something every turn is great; players will have to commit six mana and tap a creature to do so. Both of these cards together, however, put Toralf and his hammer as one of the best red cards in Kaldheim.

Quakebringer feels like a card built entirely to make Kroxa, Titan of Death’s Hunger stronger. It shuts down life gain strategies and continues to deal damage even if it’s in the graveyard. Since Quakebringer requires a giant in play, Kroxa fits the bill perfectly. Players will just have to be careful not to exile Quakebringer when they escape Kroxa back into play. The other cheap giant creature that will see plenty of play is Bonecrusher Giant, one of the premier red spells in Standard currently.

A red counterspell is so rare it is almost absurd. There are maybe six in the history of Magic, and they are usually specific counters or have some weird condition to fulfill. Tibalt’s Trickery is no different.

First, players counter a spell, either an opponent’s or their own. The controller of the spell then mills either one, two or three cards, chosen at random. Then they exile the top card of their deck until they come across a card with a different name than the countered spell. They can choose to cast that new card for free.

Casting Tibalt’s Trickery is a gamble. It deals with the immediate spell coming down but the second might be worse. Players may be countering a Shark Typhoon now only to give their opponent an Ugin. Tibalt’s Trickery is a little different from other random effects like Chaos Warp, in that the new card has to be non-land. It ensures that the target player still casts a spell — just not the one they intended.

Dual Strike has a lot of potential for decks looking for extra value on their spells. While limited to four mana instants and sorceries, there are plenty of options to choose from. Popular targets may include Cathartic Reunion to draw a total of six cards. Another could be Slaying Fire, dealing a max of eight damage to any target. Players can also foretell it for later and save it for the perfect spell later in the game. There may not be a ton of great targets for it at the time; any cheap red spell in future sets could set Dual Strike up to be a very powerful spell.

Frost Bite feels a lot like another snow-based spell, Skred. Frost Bite normally deals two damage to a creature or planeswalker. If its controller has three or more snow permanents, however, it gains a little damage boost. While it may feel like a downgrade from Skred, it does have a little more versatility since it can target planeswalkers. In a format where there is almost no downside to using snow lands, it can easily be a three damage spell every time.