TFT Set 6 Champions Tier List: Ranking them all from best to worst

TFT Set 6 Champions Tier List: Ranking them all from best to worst 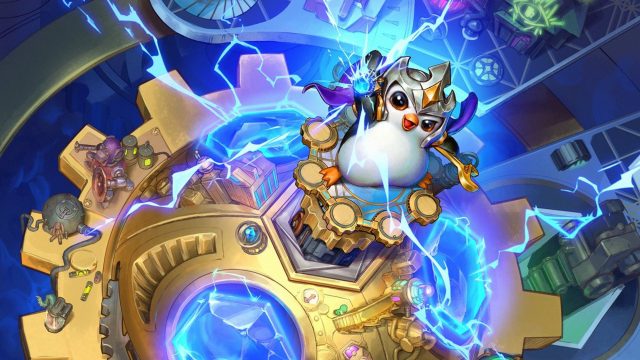 Teamfight Tactics: Gizmos and Gadgets officially launches on Wednesday. Patch 11.22 kicks off TFT set 6 which will feature an entirely new roster of champions to build around. But which champions are the best in TFT Set 6? Check out this tier list below that breaks down every single champion at each cost. Players can use this to navigate the brand new set. The tier list ranks champions based on numerous factors including traits, ability, and utility as well as carry potential. None of these champions are ranked with the current meta in mind but are instead ranked on their potential throughout the set.

At the one-cost interval, the top two champions players should keep an eye on are Caitlyn and Ezreal. Caitlyn is a return champion from TFT Set 3 where she was a one-cost sniper. She is back with her same exact ability and the sniper trait. She is at the top of the list due to her ability to one-shot nearly any backline champion, as well as some tanks in the early and mid-game.

Ezreal is this set’s premier early carry champion. With Ezreal gaining stacking attack speed with every ability cast, he makes use of any damage and attack speed items. He also has the scrap and innovator traits, which are strong in the early and mid-game.

Headlining the two-cost champions are a trio of frontline tanks. Vi and Trundle are a part of the Bruiser trait and both are the premier early game frontline champions in the set. Vi also comes with the Enforcer and Sister traits, which are very strong in the late game. This gives her a good range of utility both early and late. Trundle is also a Scrap champion, which adds value to his already great profile.

Blitzcrank is a classic champion returning with his rocket grab ability, which is good throughout the entire game. There are a lot of champions in C-tier but almost all of those champions are just meta-dependent and depending on the patch, can be at the top with their reroll carry potential.

The three-cost champions are the start of the champions that can have comps built around them. But at the top are two tanks that will almost always be in late-game comps as a primary front-line champion.

Zac has an annoying ability that displaces enemy champions in a similar manner as Aatrox in Set 4. Leona is near unkillable with her ability and the Bodyguard trait. Outside of Taric being one of the best support champions in the entire set, the rest of A-tier is filled with champions that are capable of being a three-star hyper carry. The B-Tier champions can too but are definitely more meta-dependent.

Just like in every set, the four-costs are the champions that will be the focus of nearly every single comp in TFT Set 6. In the S-tier there are three premier carry champions and one of the best support champions in the history of the game. Janna is a member of what will be a notorious trio throughout the set known as JOY, or Janna Orianna Yuumi. Janna provides healing while also being an Enchanter champion and a Scrap champion.

Jhin is slightly different from his previous iterations, but is still the best attack damage carry in the set that needs no other traits to be good. Lux is the set’s premier ability power carry and Urgot is a fantastic carry option in the Chemtech and Twinshot focused compositions. Keep an eye on Fiora as she can quickly rise up the ranks with a few bug fixes. Sion is another dark horse carry option, but is meta-dependent.

Finally, we have the five-cost legendary champions. It’s a little harder to rank these because, at any point in the set, any of these champions can be the best in the game. But the four champions in S-tier are most likely to stay there the entire set.

Jinx is the only true carry champion in S-tier, but that’s because she comes with really good utility and traits. Her ability not only does a lot of damage, it applies a burn effect. The effect is very powerful in the late game to prevent infinite healing. She also has the Sister and Twinshot traits to make sure she is always a carry threat regardless of the meta. Not only that, she has the Scrap trait which is one of the best in the game. Yuumi is the third member of the JOY trinity and doubles as an AoE CC champion and a huge shield. Tahm Kench and Jayce double as carry tanks.