Not many changes ahead of the Dragonlands Championship 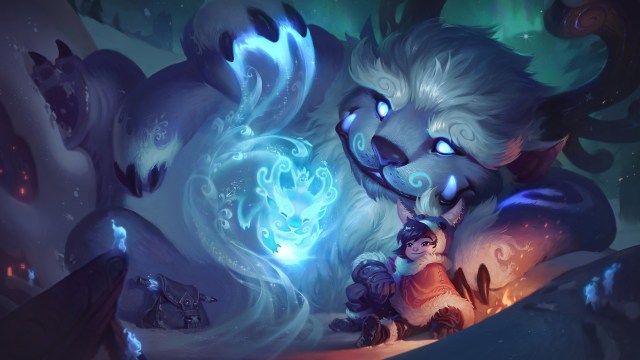 With only two patches left in the Teamfight Tactics Dragonlands life cycle, We have finally reached the championship patch. TFT Patch 12.21 will be the patch that the TFT Dragonlands Championship will be played on. As a result, the changes in this patch are smaller than usual but with that said, there are still things players should be aware of before they jump into games when the patch goes live on Wednesday, November 2.

Patch 12.21 rundown is up. Small patch as this is the Dragonlands Championship patch!https://t.co/xw0A8sDmSu

As for large champion changes in TFT Patch 12.21, there are only two. Both of the changes target Tier three changes. Up first is Nomsy. Everyone is aware of Nomsy’s power as a mage and perhaps Cannoneer but for Evoker, Nomsy is lacking. To buff this the change isnt actually targeted at Nomsy, but at Lulu. In Patch 12.21, the Lulu that is spawned off of Nomsy will now target three champions instead of two.

The other change is for Nunu. After Dragonmancer Nunu was the best comp in the game, Nunu was gutted as a way to put a stop to the oppressive metagame he created. But with the current environment making Nunu extremely weak, some of the power is coming back. Nunu will do more spell damage at the two and three-star intervals and his spell threshold amplifier is at 50% instead of 40%.

For nerfs, Radiant Sunfire Cape will be getting a 100 HP nerf, Radiant Runaan’s Hurricane is getting a 10% damage reduction on it’s bolts, and Radiant Protector’s Vow is getting two nefs the first to its shield duration which is down a second and the second to it’s armor and magic resist which are being reduced by five each.