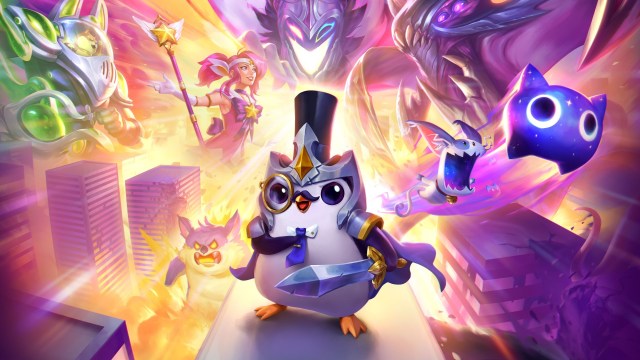 It has been a good run for Teamfight Tactics Dragonlands. But it is time to move on to the next big thing and in TFT’s case, that is literal. TFT: Monsters Attack! is the eighth expansion coming to the widely popular auto-battler game which introduces brand new mechanics, traits, and champions. This Kaiju-themed set is set to release on the Public Beta Environment on November 15th and hit live servers in early December.

In this set, players will command teams featuring heroes and anti-heroes in a battle to save — or destroy — the world as the looming Kaiju threat grows closer.

One of the biggest additions to this set isn’t a brand new concept; instead, it’s the announcement that Augments will be a permanent part of TFT going forward. Introduced in the sixth expansion, TFT: Gizmos and Gadgets, Augments have been an incredible way to add replayability and player agency into TFT, and as a result, they will exist in some form in every set from now on. In TFT Monsters Attack!, players will create their very own superhero with the addition on Hero Augments. Unlike previous augments that affect the whole team, Hero Augments buff one particular champion.

PvE rounds now feature monsters that will drop “anvils” which give the players an armory that allows them to choose an item or components.

And finally, for the namesake of the set; a brand new innovative trait called “Threats.” Instead of building a team around champions that synergize with each other through their shared trait, Threats don’t have any traits outside of the Threats trait. The trait doesn’t do anything either. But the trade-off is that Threats are inherently more powerful than any other unit in the game.

Players can look forward to more information about TFT: Monsters Attack! in the coming days and weeks.