The comps with the highest chance to get first place 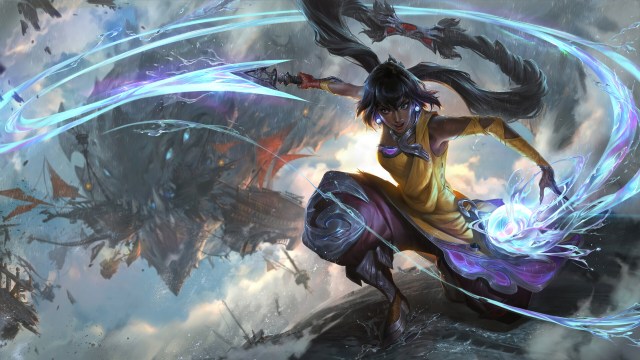 Provided by Riot Games Nilah and Lagoon are among the most likely comps to win in TFT.

While the metagame for the latest patch of Teamfight Tactics Dragonlands: Uncharted Realms has been known for a while, those TFT comps are ranked high for their top-four factor since getting first place even at the highest level cannot be expected.

But what about the TFT comps that have the highest first-place rate? By using data from API sites like MetaTFT.com and using analysis from Upcomer’s TFT expert, this list breaks down the comps with the highest win rates and explains why or why not they are meta-viable. Here is a list of the top 5 comps ranked by win rate in TFT Patch 12.21. Win rate on MetaTFT.com is defined as “the Percent of games that people playing this composition would expect to win.”

The one true crossover between the actual meta and the comps with the highest first-place rate is Dragons. This one makes sense because the reason why it’s such a meta threat is that if players manage to hit the comp, there is none with a higher ceiling meaning that not only will it grant the player playing it LP, it’s most likely going to get them a win.

Lagoon is the first TFT comp on this list that isn’t a crossover from the actual best comps in the metagame. Usually, this is because a comp with a high win rate but low top-four rate boils down to being a high roll composition. Lagoon is one of those. With the trait balanced around it’s unique spell cast counter, Lagoon players that end up winning games are the ones that can get the comp online early with a ton of mana items that allow them to scale into the late game. If players are not able to snowball early, they find themselves in a rough situation but for the players that do, the comp is powerful to win games, just not consistently.

The last of the meta crossovers, Mystic Graves is a comp that has an inherently high win rate thanks to it’s roll in the metagame as a Dragon counter. As a fundamentally strong composition with no blatant weaknesses, Mystic Graves often finds itself winning lobbies against low roll Dragon boards that cant find the upgrades which actually is a decent amount of the time.

Going back to the high roll TFT comps, Astral is a lot like Lagoon in the aspect of needing to get the comp online quickly. Especially as a reroll comp, Astral is feast or famine which doesn’t make it a meta threat but if a player is able to find the three-star upgrades quickly, this comp can spiral out of control.

And finally Shimmerscale. The most high roll comp in the entire game. Piloting Shimmerscale to a first place takes knowledge on how to utilize the different Shimmerscale items and which ones are the best to commit to. As the lone real econ trait in the set, if a player is fortunate enough to get the comp online, they can bully the lobby with money as they can hit Level 9 extremely fast and if they get a Crown of Champions, that’s a wrap.