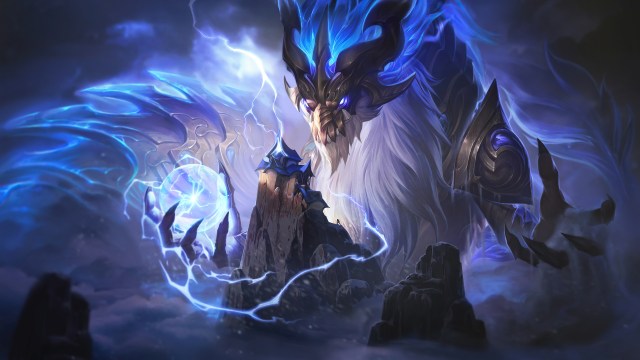 The new mid-set update for the Teamfight Tactics Dragonlands expansion is officially out on all live servers.

With the new update bringing a ton of new changes, players may have questions on what is good to play especially in the early patches of 7.5. Upcomer has you covered. By combining information from data websites like MetaTFT.com and expert analysis, we have developed a tier list that not only shows players what the best comps are but also why.

The best comp in the game is still a mix mash of the four best Dragon units in the game. And although those have changed slightly patch over patch, it’s still clear that there isn’t a better way to win in the current metagame than putting as many Dragons in the comp as possible. In fact, the Dragon trait is even more powerful in this patch with the introduction of the six Dragon chase trait.

But in this comp, the focus is just on four of them. Idas and Terra provide the best frontline in the game and just like last patch, Shyvana and Ao Shin are the two primary carries. As for the filler champion, players can add in Rakan to provide in even more frontline or throw in something like Bard to maximize the chance to upgrade the legendary Dragons.

Two of the most oppressive Dragons from the first half of TFT set seven are back near the top of the metagame but for the first time, together instead of fighting against each other. The comp is simple. Shi Oh Yu, Gnar and Jax provide a compact Jade five-piece to along with a neat trio of Sy’Fen, Pantheon and Jayce who fill in the cracks to bring multiple synergies online. Sy’Fen and Shi Oh Yu are the two main carries in this composition but Jyace and Pantheon can carry too.

There is a pattern here in the current metagame and that’s these two to four Dragon combinations that give these compositions dual-threat carries.

In this composition, the two Dragons that players will build around are Zippy and Daeja. Daeja is the main carry thanks to her flexibility from the Mirage trait. It just so happens that when it comes to developing the supporting pieces, Guild and Mirage have some fantastic crossover. Nunu is a Mirage Cavalier while Sejuani is a Guild Cavalier.

Zippy might as well be a Cavalier but settles for being a Guild unit alongside Sejuani. The comp goes deeper into the Guild trait by adding in Jayce and Twitch giving Daeja and Zippy massive powerboosts.

A comp that popped up last patch, this comp can only be played one in every three games due to needing Nomsy to have it’s Mage trait. But when she does, this comp slaps. Utilizing the incredibly power Astral core of Skarner, Lux and Vladimir, this group of units provides the perfect mix of durability and damage and with the extra gold given from the Astral trait, it’s relatively safe to reroll for the comps win condition which is Nomsy three-star.

Still providing extreme value in a metagame that is dominated by Dragon-based compositions, Scalescorn and its two primary carry champions squeak into the top five comps once again. The comp still plays how it usually does with the tag team of Olaf and Diana clearing away enemy boards pretty much by themselves.