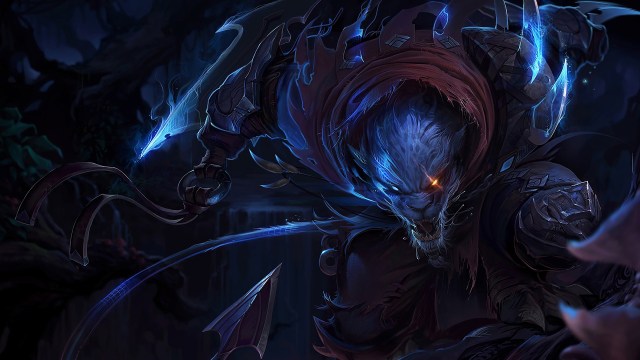 Provided by Riot Games Rengar has found his way into the metagame.

New week new B-patch. The Teamfight Tatics live balance team have just issued a new hotfix to put some outliers in their place ahead of the busy regional finals season that is about to kick off. But that also means that a brand new metagame is upon us.

By combining information from data websites like MetaTFT.com and expert analysis, we have developed a tier list that not only shows players what the best comps are but also why.

It doesn’t matter what the balance team does, this comp will always be at the top since the risk and reward is still there. This comp is by far the best comp anyone can play in the endgame but getting there is the hard part. With the need to have four different legendary dragon units combined with upgrades, getting to this late-game board is easier said than done.

But if players manage to get here, they will most likely win. With the perfect mix of the best tank units in the game with the biggest damage dealers, there is nothing greater.

A comp that has been popping up in the metagame for a couple of patches finds its way into the top five this week thanks to some comps above it taking a step back after the b-patch. Backline access is important in the current metagame and there is no better way of getting into enemy lines than playing an Assassin.

Rengar is able to get on top of the squishy damage dealers and take them out before they become a problem. Rengar’s Darkflight supporting cast is no joke either with Swain being a drain tank that can buy all the time for Rengar in the world.

A comp that was once the scariest team in the game has finally crept back into the metagame. With the general power level down across the board except for the aforementioned Dragons comp, Mystic Graves is decently positioned in the metagame once more.

The comp is simple. Just use Seraphine to buff Graves’ on-hit damage and have the tanky-but-mobile damage dealer clean up. Graves is one of the best carry units in the game due to him having backline access as well as being slippery.

The legendary dragons aren’t the only ones that are meta-warping. Shi Oh Yu and Sy’fen continue to be a top comp in the meta thanks to the many carry champions the comp can utilize. Shi Oh Yu and Sy’fen bring fantastic traits to the comp with Jade and Whisper allowing the player playing the comp to have better fight longevity while also shredding opponents’ defense stats over time as well. Not only that, but Pantheon and Jayce are rock-solid secondary carry options as usual.

Rounding out the top five is, of course, Guild Xayah. Everyone’s favorite default comp of the Dragonlands expansion. The comp will always find its place in the metagame since the Guild trait is able to offset the weakness of any nerfs thrown Xayah’s way. Once Xayah gets going in a fight, it doesn’t matter how weak she appears. And with the best supporting cast in the game, Xayah definitely has enough time to ramp. But don’t forget about the late-game game-ender in Shyvana.