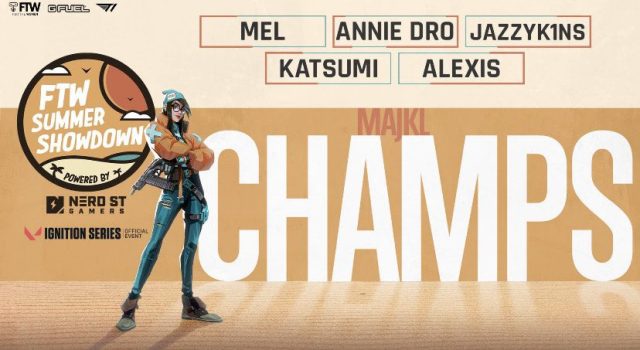 However, the esports scene has been male-dominated for years and hasn’t given female gamers the chance to shine. This tournament was the perfect example that high-level gaming knows no gender. Each group featured six teams with the top four teams moving forward into the playoffs stage.

Team MAJKL and GX3 dominated the group stage, both going undefeated against the other teams. While going undefeated is still impressive, the round count between GX3 and MAJKL foreshadows the eventual final match-up. GX3 went 67-40 across five matches, while Team MAJKL went an astonishing 65-8 against the teams in their group.

Final play of the FTW Valorant Summer Showdown ends with a cleanup from @teamMAJKL! Congratulations on your first FTW Tournament win AND YOUR FIRST #IgnitionSeries win🤑 pic.twitter.com/H1MJ0QS718

Team MAJKL is the perfect example that women from all walks of life can follow their competitive gaming dreams. The team features women of color, sexuality, and gender identity which allows women everywhere to know that nothing can stop them. MAJKL also features Radiant/Immortal players, which also shows that there are females in high Elo regardless of what some might believe. These women absolutely crushed the entire competition at this tournament. It makes you think what all-women Valorant teams like MAJKL could do at a larger sponsored event.

We have grinded months for this and hard work really does pay off. Love all my girls, cracked af @teamMAJKL

Imagine being an Org and not looking into us 🥸