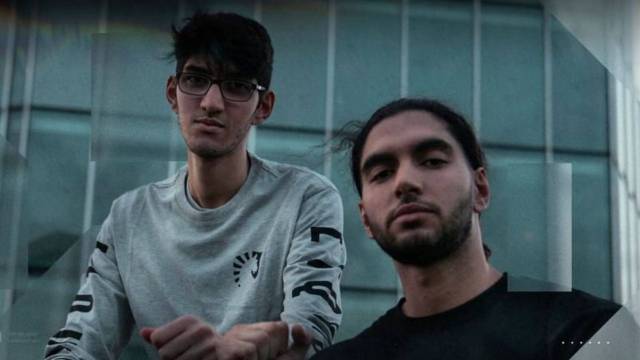 Nabil “Nivera” Benrlitom thought it would be impossible to stay on Vitality’s Counter-Strike: Global Offensive roster when Valve announced new rules that would penalize teams that made substitutions during the Regional Major Ranking circuit. He stepped down from that roster, citing a lack of motivation.

That’s when his brother, former Counter-Strike: Global Offensive pro and current teammate, Adil “ScreaM” Benrlitom brought up the idea of VALORANT. Nivera didn’t know he would join Team Liquid, but he thought the idea of playing with his brother was crazy in the best way.

“I considered joining a team other than Liquid and when I told him he said ‘no no no just play with me,'” Nivera said during this week’s episode of Showstopper, Upcomer’s weekly VALORANT talk show. “He panicked.”

Nivera likes being related to a legend, his brother ScreaM

Nivera made waves at his first VALORANT tournament, the EMEA Last Chance Qualifier, where Team Liquid defeated Guild Esports 3-1 in order to qualify for Champions. Nivera had received plenty of VALORANT attention before that, partly because of his relation to ScreaM and career in CS:GO. His brother is one of the top European players in Riot Games’ shooter; Nivera doesn’t mind being related to a “legend.”

Now THIS is how to start your career in VALORANT @Nivera__ pic.twitter.com/cHIh5cVrcn

“Having a brother that’s so big, he’s done so many things. He’s a legend,” Nivera said. “It gives me confidence, I want to be like him.”

Nivera, ScreaM and the rest of Team Liquid are looking ahead to Champions on Dec. 2. He believes that his team needs to improve their confidence before taking on big names like Sentinels and Envy. He knows that Team Liquid can be unstoppable if all the players are on the same wavelength. He has some things he wants to improve in his own play as well.

“Personally it’s more of me learning the game, there [are] times when I die and I didn’t even know it was possible,” Nivera said. “Even today I’m learning.”

The young Team Liquid star hopes to build relationships with other VALORANT pros like VALORANT Champions Tour Masters 3 Berlin champions, Gambit Esports, when they go to Berlin at the end of the year. He’s happy that he’s surrounded by so much talent, especially within his own family.

“I would be less happy if [ScreaM] was a normal player,” Nivera said. “I can follow his legacy.”