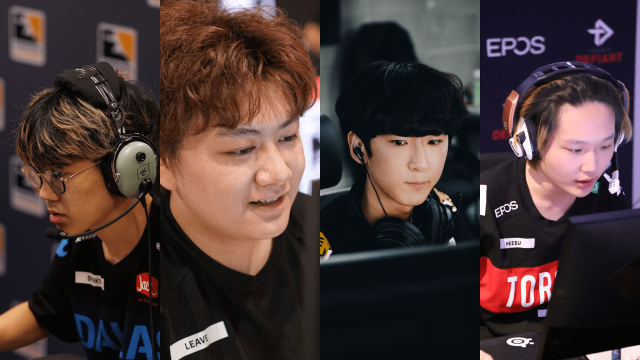 IEM Sydney comes to a close with Team Liquid lifting the trophy after beating Fnatic in the final. The American team went up against the Swedes in an exhilarating best-of-five matchup that went all the way to map five.

Until the end, the final could have gone either way. Neither team would let up as we went map after map until reaching the last battleground, Inferno. Here are the map scores for each map:

In recent years, Swedish teams have been overshadowed by the recent reign of Astralis and the challenging threat from across the ocean in the form of Team Liquid and FaZe Clan. Despite not being strong enough to overcome the Americans, it was nice to see Jesper “JW” Wecksell and co. reach the final and put up an incredibly tough fight.

However, having a look at stats across the board for Fnatic, JW, and Freddy “KRIMZ” Johansson were the most impactful players. Simon “twist” Eliasson, Ludvig “Brollan” Brolin, and Richard “XiZt” Landström were somewhat lackluster in the end. This goes to show just how important experience really is in CSGO.

Team Liquid break their curse of the second place

Coming from 2018, a year in which Team Liquid was sitting in the shadows of Astralis, 2019 started off quite similarly. The American formation just could not close out a major tournament final. This was visible at BLAST Pro Series Miami and BLAST Pro Series Sao Paulo. They did manage to overcome Astralis at iBUYPOWER Masters 2019 early in the year, but the scope of the tournament does not match that of an IEM or BLAST. This goes to say that Team Liquid has finally broken through what many call “choke” and are ready to move on.

Looking at the statistics, all Liquid players had very similar stats across the span of all maps. Well, all except Jake “Stewie2K” Yip. Coming into the lineup quite recently, it seems like Stewie2K has not yet fully found his groove in the team and often lacks behind his teammates. Nevertheless, Liquid played a very team-oriented game that led to fantastic performance and guaranteed a win in the end.

Both teams have yet to prove different things in 2019. Fnatic’s main goal is to show that Swedish CS is still alive and that they can still win major events. This time they came extremely close, yet lacked the edge to endure the long final.

Liquid is continuing a solid 2019 after winning IEM Sydney. Despite overcoming their nemesis, Astralis, the American formation must still beat them in a final of a bigger scope to prove they are a worthy contender for the #1 spot on the global rankings. Surely, they will have more than one occasion to prove that in 2019.

Do you think Fnatic have what it takes to grab a big tournament in 2019? Will Team Liquid finally break the era of Astralis? Let us know down in the comments below and remember to follow us for the latest updates in CSGO and other major esports!