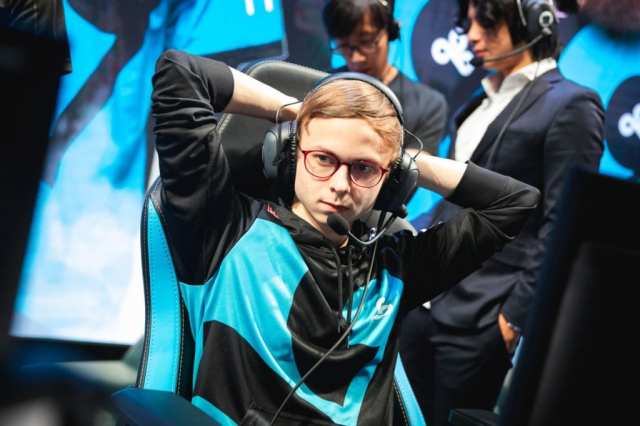 Jensen would join Cloud9 back in 2015, after a two-year ban back in Europe. When he would join the roster, his effect would be felt instantly, as the team would make a miracle run to Worlds that year. From this point onward, he would become a staple on the Cloud9 roster. Additionally, he would solidify himself as one of the best mid laners in the region. He would constantly perform well, even in bad years with the team. His impact would be felt all the way to his final year with the team.

With this move, Team Liquid will most likely move their current midlaner, Eugene “Pobelter” Park, to the bench. If not, he will probably be let go from the team. This is the first big move of the offseason in the NA LCS, with Team Liquid buying another star to pair with their current star-studded roster. Meanwhile, Cloud9 now has a huge hole to fill on the team. Where does this move leave these two contenders for 2019?

We are happy to welcome Jensen from @Cloud9 #LetsGoLiquid

Watch the video and welcome our new midlaner — https://t.co/zoH47iAXd0 pic.twitter.com/xBYgRJlKhK

For the defending NA LCS champs, this only strengthens their hold on the region and their claim as best in North America. The mid lane was a pretty big liability for Team Liquid, from the regular season in NA to the World Championship this year. In fact, Team Liquid was lacking firepower from their other lanes quite badly. This would force their superstar ADC, Yiliang “Doublelift” Peng, to shoulder most of the team’s shortcomings.

With another talented player to help lift the team, the limits for Team Liquid know no bounds. Jensen and Doublelift are ready to carry this team to another dominant run in the league. With consistent performances out of jungler Jake “Xmithie” Puchero and new North American resident, Jung “Impact” Eon-yeong, they should be the frontrunners for the NA LCS crown again.

For Cloud9 and its fans, this is pretty shocking news. The team was just coming off of their best showing at the World Championships in their history. Jensen would be instrumental in pushing the team to North America’s first ever semifinals appearance at Worlds. Additionally, he would be a huge source of influence on their plethora of rookies this past 2018. However, it looks like the allure of playing with a powerhouse like Team Liquid was too much for Jensen to turn down.

However, Cloud9 now needs to find another midlaner to replace him. They cannot stay sad about the departure of Jensen for too long, as they must now look towards the future of the roster. As for replacements, there aren’t many mid lane talents available in NA that can keep them at a high caliber. An ironic addition to the team could be Pobelter, which could spark an interesting revenge plotline for the sidelined midlaner. However, Cloud9 may need to look overseas for Jensen replacement. Luckily, Korea is going through one of the biggest roster shakeups in its history, and the team could pick up a big name free agent from there.

What are your thoughts on Jensen leaving Cloud9 and joining Team Liquid? Let us know what you think in the comments below! If you want more NA LCS coverage, check us out here!