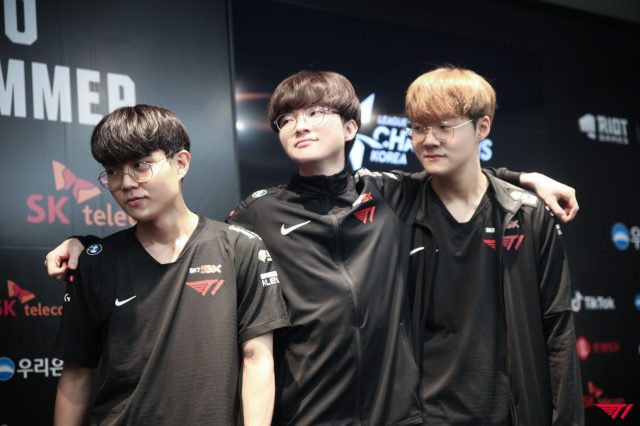 Popular Korean esports organization T1 has taken to social media to call out online harassment against their players. The abuse was a problem before, but ever since the team’s last playoff loss, threats against the team have been happening more often. T1 has stated that they are “aware of the situation” with online harassers and are “preparing to take legal actions against these attacks.”

A Message from @T1 pic.twitter.com/b0DMAGYQ9C

Earlier this month, T1 had faced a similar problem with online harassers’ bullying and abuse. It reached a point where they had to address their fan base to remind them that the organization doesn’t tolerate harassment. In that post, they also alluded future legal actions, stating that the players’ health and safety are key priorities. The abuse in question included death threats and excessive hate speech to players.

Unfortunately, the harassment did not stop, and it looks like T1 is officially pursuing legal action. The specific incident the post may also refer to is one involving Lee “Faker” Sang-hyeok. He had been streaming on his channel while seeing a donation message pop up. The message then insulted him and his grandmother. Throughout all of this, Faker’s stream had over 40 thousand viewers. Overall, Faker and many other esports players are all too familiar with online threats, especially after losing a game.

After T1 shared their plans to take legal action, Twitter users showed their support and empathy. Some users commented on how childish some fans are, while others pointed out how easy it is to find the bullies, even if they’re anonymous. One user embedded a clip of T1’s jungler Moon “Cuzz” Woo-chan’s stream, where a user sent him a harsh message: “We don’t want to see you. Please go to the bench.” The Twitter user then asked for T1 to find the online harassers responsible for it.

It’s not just from the playoff but two days ago someone donate Faker streaming and curse him and his grandma twice! It was even on Korean sports news. Plus cuzz streaming too. It was getting out of hands because T1 didn’t do anything about it. Fans were furious who was watching.

At the end of the day, people are going to say what’s on their minds. Words cross the line when they threaten and abuse someone. Hopefully, T1 gets to the bottom of this.

Stick with Daily Esports for more League of Legends news.