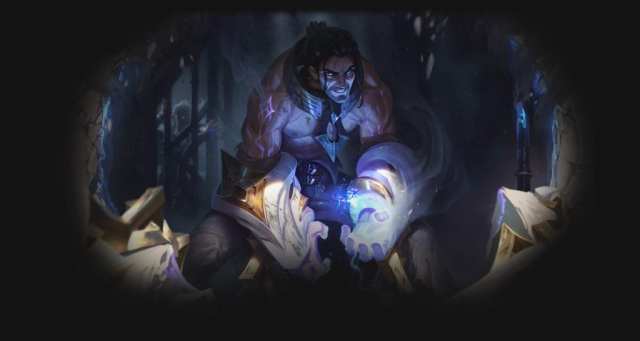 After being teased with a possible new champion, League of Legends fans finally have the details on the newest character joining the Summoner’s Rift. His name is Sylas the Unchained, a former mage hunter turned Demacian villain.

Power is so easily taken
Watch me break a kingdom with it pic.twitter.com/RPhiSod10A

Sylas’ origin story has been out on the League lore website for a couple of weeks now. (Spoilers, by the way.) In short, Sylas is a young boy who was a Demacian mage hunter. He ends up trying to save another young mage girl from authorities. However, he ends up killing everyone around him, including the girl, her father, and his fellow mage hunters. How? He absorbed the power of the mage girl as she tried to defend herself. He then ends up running from Demacia but eventually gets caught. As a result, Sylas becomes a villain who wishes to equal out the power within the kingdom, plotting his revenge for when he escapes.

It is an exciting champion background story, as we have never seen Demacia fall like this before. However, let’s look into the Sylas’ abilities and how he will equal out the battlefield for you and your friends!

Sylas seems like a bruiser champion this time around, with some great diving tools and overall damage. However, his ultimate is what he and his teammates will have to play around. However, we will get into that in a bit. Let us first look at his general kit, starting with his passive.

Petricite Burst is another “afterspell” passive, where Sylas whips his chains around him after every spell used. It damages nearby enemies as well. This could be a great tool for dishing out maximum damage, weaving auto attacks between each ability.

With his Q, Sylas whips out his chains in front of him, damaging and slowing enemies. Afterward, there will be a zone wherever the chain intersected, and more damage and an increased slow will be applied to any champions in the zone. A great tool to use when up close, looking to chain abilities and auto attacks together.

Sylas’ Kingslayer ability sounds like the name of an ultimate ability. Although it isn’t, it can still be a useful ability that could surprise enemies with the damage it outputs. Kingslayer sees Sylas jump at the targeted enemy with a powerful strike that heals himself and damages the foe. If Sylas is at low health, the ability heals him for more. However, if the enemy champion is at low health, he will deal more damage.

Possibly one of his more important tools in the kit, Sylas has a two-part ability with E. The first cast is Abscond, which allows the Unchained to dash forward and gain a shield. Afterward, Sylas has the ability to recast E, which sends out his chains for Abduct. When he hits an enemy, he pulls himself to them, damaging them and stunning them in the process. His E has multiple uses, as it can be a nice getaway tool for when you are outnumbered. However, the main use is obviously for repositioning in order to hit an enemy with Abduct, a great gap closing ability.

The new champion’s ultimate is very unique, as he steals another champion’s ultimate for his own use. It brings a brand-new mechanic to League of Legends and should be interesting to watch, especially on the professional stage. Also, the enemy champion who gets hit with Hijack can still use his ultimate. This could become one of the most polarizing ultimates in the game, as Sylas will have to play around the enemy team composition. Missing the ultimate is one thing, but stealing an ultimate from a champ that isn’t as useful in the teamfight could negate Sylas’ effectiveness as well.

We will need to see how teams build around Sylas and if he becomes another contested pick out on the Rift. Hopefully, he’ll be out on the PBE soon for us to try out!

What are your thoughts on the new champion? Let us know what you think in the comments below! If you want more League of Legends coverage, check us out here!