Want to know where your character stands? 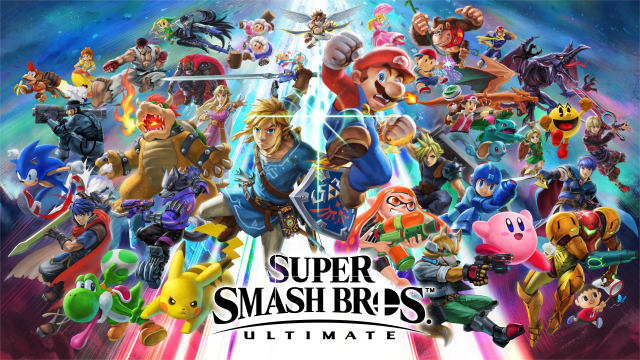 Super Smash Bros. Ultimate is now set in all of the characters it will release and the meta has gone on for long enough.

Now Upcomer is here to give you a definitive tier list of all the characters in Nintendo’s most successful fighting game. Within each tier, we have also ordered the fighters by their ranking. Keep in mind that the tier list can still change based on a characters’ performance in tournaments.

One of the best things about Super Smash Bros. Ultimate is the number of viable characters. Most characters out of the 75 are able to be played in a tournament setting as long as enough time is put in. However, just like any game, there are still characters that simply lack the tools that other characters have and that is what this tier is for.

Characters like Ganondorf, Ridley, Isabelle, and Little Mac all have horrible recovery and are very exploitable. They might present some problems while both sides are on stage, most characters that are able this tier are able to outplay the options that D-tier characters have. Most of these characters also have two parts to them that are exploitable. For example, King K Rool and Ganondorf both have slow movement and a telegraphed recovery.

C-tier characters all have something going for them, but they are just worse than those in the tiers above them. These characters all have representation in the competitive scene and have even had strong finishes. Whether it be Juan “Skyjay” Pablo with Incineroar or Troy “Bassmage” Waters with Jigglypuff, most of the characters on this list have yet to sniff a top-eight finish. The fact that Marth is at the top of this list says it all: they are just a more difficult and weaker version of Lucina, who is two tiers above them.

The B-Tier has characters that have strong representation competitively that have made it far in the tournament. Starting at this tier, characters have strengths that allow them to shine in certain situations, but are still overshadowed by the characters above them. For example, Bowser can hit very hard and has a decent combo game, but has an obvious weakness in his heavy weight and inability to get out of combos. Greninja is incredibly fast and can combo well, but doesn’t do it nearly as well as the characters above him like Fox, ROB, or Palutena. This tier of character has a chance to win a Major with its many great representatives and strong tools. Many of the characters on this list are frequently mained by the best competitors in the  scene. Whether its Paris “Light” Ramirez Garcia blowing enemies away with the speed of his Fox or Naoto “Protobanham” Tsuji’s rock solid Lucina, many grand finals of large majors have frequently featured these characters.

When recommending new players to pick up characters, this is the tier that most players will introduce the new player to. Lucina has some of the best frame data in the game and is perfectly bread and butter. If players want to go a different direction, Pac Man is incredibly complex and plays completely differently from any other.

The top of the list for Smash Bros. UItimate is reserved for characters that have the complete package, or force every other character to play on their terms. Wolf, Joker, and Pyra/Mythra have the best frame data in the game. They all have the full package save for one or two weaknesses. Wolf has a worse recovery, Pyra can hit hard but slow, Mythra struggles to kill and Joker is significantly weaker without Arsene.

However, Their full strengths are better than all other characters in the game. On the other hand, Steve and Kazuya force the players to playa different game. Steve breaks the game by forming blocks anywhere Steve can stand, combined with incredible frame data. Kazuya forces opponents to play much safer as they can get 0-death’d in a touch.