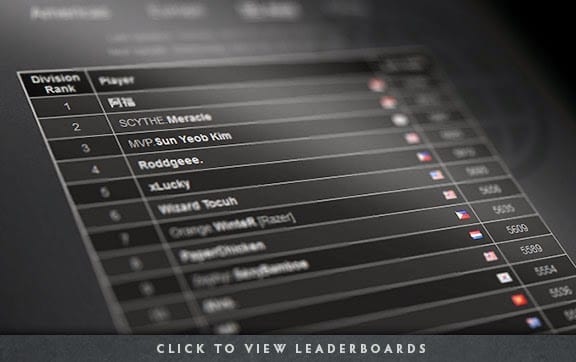 MMR (matchmaking rating) is an embarrassment to some and obsession to many. Just how good are you compared to your friends? To the rest of the world? We looked at Valve-published statistics to understand exactly what your matchmaking rating means.

Here’s a guide to understanding your MMR!

How is MMR calibrated, anyway?

Before 2016, MMR was calibrated from two major stats; damage dealt and GPM. After 2016, the new calibration system is a lot more complicated and takes into consideration many different factors, giving hard support players a boost.

Fun fact; the MMR calibration system had to be redesigned after three major exploits;

1- Zeus Exploit; Before the rework, account sellers found an amazing trick; if you picked Zeus and used his ultimate every time it was off cooldown, the account would calibrate around 4.6k regardless of win-rate.

2- Tinker Exploit; Similar to the Zeus exploit, but relying on GPM instead of Hero Dmg. Less popular since it involved more effort, but usually had better results.

Your Ranked MMR is decided based off your hidden, or unranked MMR. You follow up by playing 10 calibration games, which adjust your final MMR by an estimated 50~ points.

Say your hidden/unranked MMR is 2500~. You won 6 of your calibration games, and lost 4. Your MMR would go up by 300~ points, out of the maximum 500~, to your initial ranked MMR of 2800. If you continue to play ranked, your MMR will go up or down by 5-50 points, depending on your odds of winning or losing the match.

This is the MMR percentile chart, according to Valve:

But surely, has the average MMR  increased?

Yes, and no. It is true that there are a couple of factors that can alter the average MMR;

1- Players who took a huge break before continuing in ranked

However, out of millions of players, it’s very unlikely that these exceptions have had a noticeable impact on the average.

While Valve doesn’t sabotage your matches, your Match Making Rating is intentionally designed to keep rank uncertainty low and have players at a balanced (50%) winrate.

Think about this; on every win or every loss, you receive roughly +25 (+5 – +50) points. The enemy team loses the exact same number of points. As a result, there are no extra points coming out of thin air. Even with the exceptions listed above, it’s safe to say there are no bonus points being rewarded.

The average ranking has not moved significantly; the average MMR is very likely to be within a few hundred points, maximum, from the original statistics.

Still don’t believe us? Data published by Dotabuff further confirms this. According to u/subliminalsublime, a Dotabuff employee, this is the following game distribution;

The bracket is decided by a total average MMR of the players in the game. This is why your games are listed at Very High when you play with 4K friends, or lower depending on the party members in the game.

So, that means that 72.5% of games, right now, are happening at an average below 3.1K.
But why is there 11.9% of games in the VH bracket, when Valve said otherwise?

This is why; VH bracket players play more frequently (skill+mmr correlates to experience) and practice more to hold their ranking, compared to a player in the Normal bracket who is more likely to play every now and then with friends just for fun. Statistically, VH players are still very rare, and very likely to have multiple times as many games as a Normal or High bracket play, therefore inflating the stats.

This phenomena actually has a fairly straightforward explanation. There are millions and millions of players. While not all of them have unlocked their public MMR, plenty have done it for fun; to see how they compare with their friends, or simply out of curiosity.

Casual players in general, are a LOT less likely to take active steps on improving in their game; meaning, they’re less likely to frequent a subreddit daily, or go out of their way to join Facebook groups for a game they’re not a huge fan of.

Even if we assume everyone is telling the truth on a survey, it’s still unlikely that survey will reach the majority of players that have calibrated for fun, but don’t particularly love the game.

As a result, self reported MMR is skewed by a smaller population of casual players answering it, on top of people exaggerating their MMR.

Does my Match Making Rating mean I can go pro?

A lot of players point out that playing a solo match is a lot different from playing in a team; and this is especially true at a pro level. Why were there two 4Ks at TI2, while there are players with tons of MMR that never have gotten the chance to play in a pro team?

There are plenty of examples of players who have even straight up helped innovate how certain heroes are played– and still fail professional team tryouts. While this isn’t really relevant to lower MMR players, at the very top, there’s too big of a difference between a leaderboard player and a pro player.

Sorry, guys– just because you do well when you play with your friends, doesn’t mean you’re more likely to join a pro team. But don’t let this keep you from trying!

So, according to Valve and Dotabuff; if your Match Making Rating is higher than low 2k, you’re already on top of half of all DotA 2 players worldwide! If your rating is above 3100, you’re better than MORE than 2/3 of all players.
And finally, if you’re 4k, start feeling supreme; you’re in the top 1%.

Are you proud of your MMR? How do you compare to your friends? Got any statistics we might find interesting? Please let us know!