The star Shock DPS moves to the Gladiators in free agency 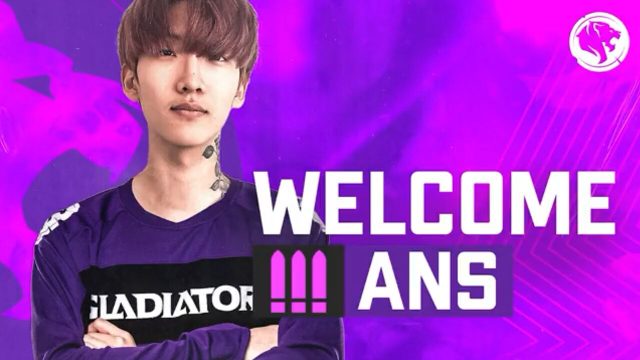 The Los Angeles Gladiators have signed hitscan DPS Lee “ANS” Seon-chang, formerly of the San Francisco Shock. As the Overwatch League offseason moves along, the free agent decided to join a new team for the first time in his young career.

The sharpest hitscan in the @overwatchleague is coming to Los Angeles.

Join us in welcoming @ansansniper__ for the upcoming season! pic.twitter.com/H2mnDoMzBB

When the Shock were looking to win their second championship, ANS was one of the pickups that nobody knew of. When he did play in Korean Contenders, it was two years before his signing for team BlossoM. He was one of the few Overwatch League signings that came primarily from ranked play instead of contenders. Basically, they took a risk on someone who played alone more than he did in a team environment. So when ANS debuted on a Shock team looking to win their second championship, it surprised everyone when he dominated alongside them.

On a roster with DPS talent like Kwon “Striker” Nam-joo and Kim “Rascal” Dong-jun, ANS got a starting spot and played too well to get benched. The meta suited him, as Ashe and Widowmaker were prevalent in the meta at the time. He became a sudden frontrunner for Rookie of the Year, but lost it to Philadelphia Fusion’s flex support Kim “Alarm” Kyung-bo. This made it all the more surprising when ANS announced that he was retiring before the 2021 season, moving to Valorant.

After mixed results in Valorant, he decided to come back to the game he won a championship in. He re-joined the Shock five months later, and after a couple of games, looked like the same old ANS. But the signing was a bit too late, despite the Shock finishing fourth place in the season playoffs they couldn’t complete the three-peat and released ANS afterwards.

With the signings the Gladiators have made so far, they are gathering some of the best talents in each position. Of course, ANS has proven himself, but their signing of support Daniel “FunnyAstro” Hathaway is also a great pickup. Last season the Gladiators ran a support tandem of three players, with Kim “Shu” Jin-seo playing the most. The Gladiators have a similar mindset for 2022, adding another starting caliber support to help for flexibility. But by signing ANS, the Los Angeles Gladiators have a set starting five for 2022.