Nintendo is hosting a Splatoon 2 tournament series in July

Nintendo is hosting a Splatoon 2 tournament series in July

Splatoon 2 is getting a Nintendo-run tournament series before Splatoon 3 comes out. 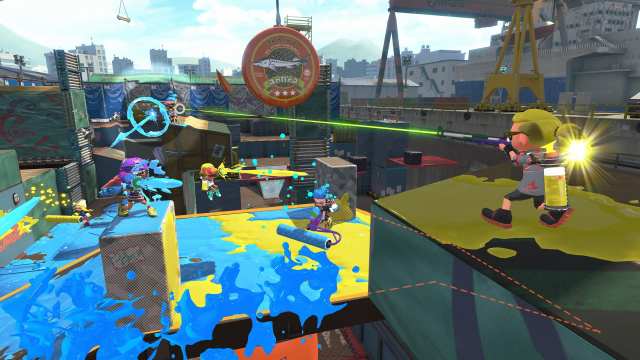 4 weekends. 4 days. 4 grand prize teams. One tournament. The #Splatoon2 2021 Splatter Ladder tournament begins on 7/10! Each weekend will feature a different mode to dominate…and offer a chance to win some fresh prizes!

How does Splatter Ladder work?

Splatter Ladder will last four weekends, each weekend will feature a different game mode to test player’s skills: Rainmaker, Splat Zones, Tower Control and Turf War. Every weekend, the top three teams will be able to win a large number of Nintendo themed prizes which include a gaming chair, trophy, lanyards, pins and more. You can find the detailed list of prizes on this tweet.

When does Splatter Ladder take place?

Splatter Ladder will begin the weekend of July 10, starting with the Rainmaker event. The second event will be on July 17 and will feature Splat Zones. The third event will be Tower Control, which involves standing on top of the tower and moving it towards the opponent base as the opponent tries to stop it, on July 24.

Finally, Turf War, the standard mode in Splatoon 2, will be on July 31. Every weekend, the first, second and third place will win the prizes listed above.

How do I register for the Splatter Ladder?

In order to register for Splatter Ladder, players will need to form a team of four and register here. In addition to four players, every player will need their own Nintendo Switch, High Speed internet connection and a Nintendo Online subscription.

The announcement of Splatoon 3 has reinvigorated the competitive Splatoon community, even though the next installment in the franchise isn’t coming out until 2022. Groups like the TASL on twitter have been focusing on organizing tournaments and bringing more attention to the scene.