Sources: T1 in discussions to sign Steel to their VALORANT roster

Sources: T1 in discussions to sign Steel to their VALORANT roster

The 100 Thieves substitute could find a new home 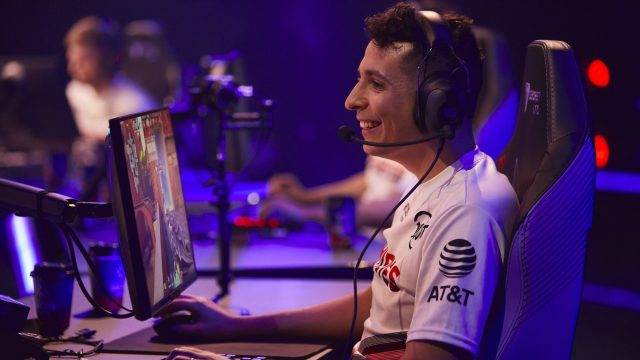 Photo via Riot Games Steel was recently removed from the 100 Thieves starting roster.

Joshua “steel” Nissan, who has been an inactive member of 100 Thieves’ VALORANT roster, is in discussions to join North American organization T1, multiple sources told Upcomer Nov. 14. Steel has not signed to T1 at the time of publication, however.

Upon a potential signing with the T1 roster, Steel would likely take over Rahul “curry” Nemani’s role as in-game leader.

Furthermore, Korean player Ha “Spyder” Jeong-woo’s future on the roster remains unclear. He has recently practiced with The Guard, multiple sources told Upcomer. Spyder last played for T1 in an official match seven months ago during the VCT Stage 2 Challengers 2 tournament, which concluded in April. T1 was defeated by Sentinels to miss out on a spot in the Challengers Finals at the time.

Steel was dropped from 100 Thieves’ active roster following the team’s top-four finish at VCT Stage 3 Masters in Berlin, which concluded on Sep. 19.

Since his removal from the 100 Thieves starting lineup, Steel has been one of the most sought-after in-game leaders during the offseason, especially among North American teams. Organizations such as TSM and NRG have shown interest in Steel at various times, multiple sources told Upcomer. However, each of those teams has seemingly decided to go in other directions. NRG recently acquired James “hazed” Cobb on Nov. 10 while TSM has practiced with FaZe Clan player Corey “corey” Nigra, as first reported by Upcomer.

More information regarding TSM’s roster will be released at a later date.

T1 has struggled this year in the VALORANT Championship Tour. During Stage 3 Challengers 2, which concluded in July, T1 managed to defeat both Built by Gamers and Version1 but was taken down by TSM and FaZe Clan, which resulted in the team’s elimination from Challengers Playoffs contention.

Steel will likely return to official competition next year during the VCT 2022 season.

Next season will likely include more events and the production will be improved, Riot Games told team owners in late September. The start date for the 2022 season has yet to be announced.