According to sources close to Upcomer, Lilipp recently reached a verbal agreement with MAD Lions Madrid to play for them in 2022 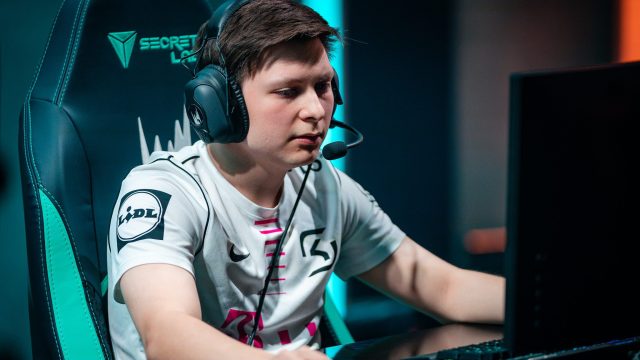 Provided by Riot Games Lilipp playing on the LEC stage for SK Gaming.

Prior to his time with SK in the League of Legends European Championship, Lilipp played for SK Gaming Prime in the Prime League. Lilipp joined the organization’s LEC team to replace Jesse “Jesiz” Le, who was previously a coach for the team. SK chose to put the coach in as their support at the start of the season. Lilipp entered in mid-split and made his LEC debut.

MAD Lions Madrid have also locked in their jungler for the season, according to sources. Former UCAM Esports Club Maik “Hades” Jonker will step in as the jungler for MAD Lions Madrid for the 2022 season, sources have told Upcomer. The young Dutchman received interest from some LEC teams as well after his summer split performance for UCAM, which is a Spanish organization.

Both players have experience in the Tier 2 scene of Europe. Lilipp rose up through the ranks fast on SK’s Academy team due to their roster troubles while Hades made a name for himself on UCAM as the team made it to the knockout stage of the summer and spring European Masters tournament. He was defeated both times by French powerhouse Karmine Corp, who have also been making some roster moves ahead of the offseason. Karmine Corp recently reached a verbal agreement with Jules “Hantera” Bourgeois, sources told Upcomer on Friday.

Lilipp and Hades are bringing their talents to an organization known for taking chances on rookie talent and building up players for move elsewhere, like former MAD Lions Madrid bot laner Victor “Flakked” Lirola, who will likely play for G2 Esports, according to reports.