The team is also pursuing Lost in the bot lane 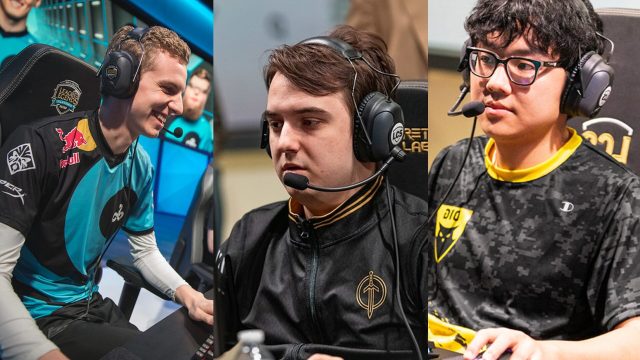 Photos provided by Riot Games The Golden Guardians have decided to run it back with Licorice and Ablazeolive, while Olleh will return to competition after a short coaching stint.

The team’s jungler will be Milo “Pridestalkr” Wehnes, as Upcomer reported Sunday.

Golden Guardians are also heavily targeting Lawrence “Lost” Sze Yuy Hui for the AD Carry position, sources said. If they are unable to work out a deal there, they will most likely round out the roster with their academy bot laner, Jacob “Prismal” Feinstein.

Licorice manned Clou9’s top lane for six straight splits, helping the team to an LCS championship in spring 2020. He also made it to Worlds with the team in both 2018 and 2019.

Licorice then moved to FlyQuest for a short time before settling in with Golden Guardians in summer 2021. He and Ablazeolive will be looking to bounce back from a difficult summer with Golden Guardians, where the team placed at the bottom of the LCS standings, sharing a 14-31 record with FlyQuest.

Ablazeolive burst into the North American scene when he joined TSM Academy as their first mid laner back in 2017. More than three years later, he finally made his debut as an LCS starter with Golden Guardians in 2021.

Despite the rough spit, Ablazeolive had the highest kill share percentage of all LCS mid laners with 29.2% according to Oracle’s Elixir. He also had the third-highest gold differential at 10 minutes at 139, placing behind the likes of Daniele “Jiizuke” di Mauro and Luka “Perkz” Perković.

Olleh had most recently been a positional coach with Golden Guardians Academy. The soon-to-be 27-year-old will return to the LCS stage for the first time since summer 2019.

Update: Golden Guardians confirmed their signing of Olleh today at 7:10 p.m. EST. That post was then deleted, and Upcomer was provided a statement that there was simply a miscommunication on the post. It was then reposted at 8:25 p.m. EST.