Excel will buy out the top laner's contract from CLG 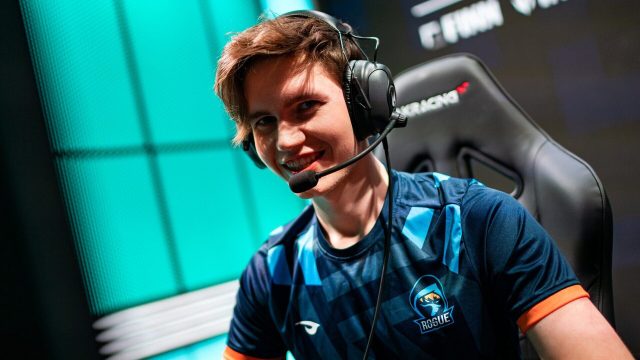 Provided by Riot Games Finn during his time playing for Rogue.

Top laner Finn “Finn” Wiestål has reached a verbal agreement to return to the League of Legends European Championship on Excel Esports after a year in the League Championship Series playing for Counter Logic Gaming, sources told Upcomer on Sunday.

Since Finn’s contract with CLG lasts until 2023, according to the Global Contract Database, Excel will buy it out, though the exact terms are unknown at this time.

Excel hinted at this move earlier with a “Wooloo-esque” riddle, as Finn is well known for his Kled play — especially during his time with Rogue.

During his time abroad with CLG, the team finished at or near the very bottom of the LCS standings, continuing their trend from the 2020 season before Finn’s arrival and remaining far away from any postseason play. Excel also failed to qualify for the playoffs during both splits in 2021, however, they finished in a slightly higher place in the LEC, relative to CLG.

Excel’s current top laner, Felix “Kryze” Hellström, is exploring his options in European Regional Leagues, sources also said. Excel have looked at many Toplaners before deciding to pick Finn, among them was Vitality’s Toplaner Szygenda.

Excel can finalize this signing when League of Legends free agency officially opens at 7 p.m. ET on Nov. 15.

Alejandro Gomis contributed to this report.