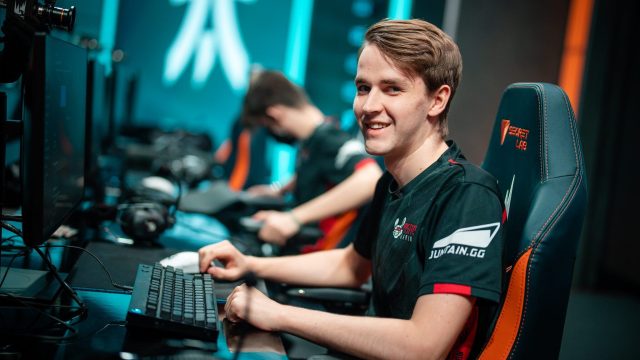 AD carry Kasper “Kobbe” Kobberup has reached a verbal agreement with Astralis to compete in the League of Legends European Championship as the organization’s starting bot laner for the 2022 season, sources confirmed to to Upcomer.

The news was originally reported by Jaxon.

Kobbe, who was with Misfits Gaming in the LEC during the 2021 season, finishes his contract with Misfits on Nov. 15. After it expires, he’s expected to sign and replace former Astralis AD carry Jesper “Jesklaa” Klarin, who made an announcement on Oct. 21 that he would be entering free agency.

I’m currently a free agent ADC and am looking to explore offers for the upcoming year. I’m mostly looking for offers in EU.
References upon request

Likes and Retweets are very much appreciated❤️

After a nearly five-year stint as the starting bot laner for Splyce, Kobbe went overseas to join TSM for the League Championship Series 2020 spring split before getting cut from the team and replaced by veteran bot laner Yiliang “Doublelift” Peng. After his stint in the U.S., Kobbe returned to Europe in 2021 with hopes of finding success with Misfits Gaming. In the summer of 2020, his first split back in EU, Kobbe and Misfits placed eighth in the regular season.

The 2021 season brought much better results for the Danish bot laner. Kobbe finished fifth in the LEC with a 5.5 KDA (kills/deaths/assists) and sixth in kill participation with a 63.5% clip. Misfits also found success in the latter half of the LEC and ended the summer split fourth in the regular season standings at 12-6. However, the team went 0-2 in the double-elimination playoff bracket with 3-2 series losses to League of Legends World Championship squads Rogue and Fnatic to end their 2021 season.

Sources also confirmed to Upcomer on Thursday that Astralis jungler Nikolay “Zanzarah” Akatov and support Hampus Mikael “promisq” Abrahamsson will stay with the team for the 2022 season. The League of Legends offseason opens Nov. 16, and teams will be able to make these verbal agreements official at that time.

– Alejandro Gomis contributed to this report.