Xico and Erdote remain on the roster for 2022 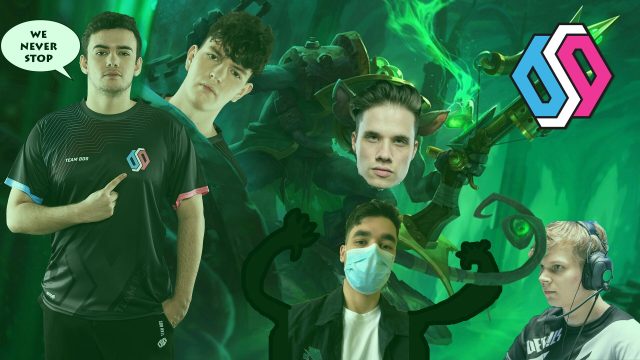 Image by Brieuc Seeger/Upcomer Crownshot, Sheo, Agresivoo, Xico and Erdote will make up the BDS roster

Martin “Rekkles” Larsson won’t be the only LEC player to play in the LFL next year. Crownshot has also found his LFL team and he’s joining with a roster of reputable ERL names.

Crownshot who, according to sources, was in talks with LEC teams for 2022, played for Vitality in the 2021 LEC Summer Split. Vitality finished sixth place in the LEC Summer Season and are reported to sign Matyáš “Carzzy” Orság for the next three years, instead of Crownshot.

Agresivoo, who also had LEC interest from Excel and others, played for Misfits Premier in the LFL in 2021, where he won the Summer Split playoffs. Sheo however, is a newer talent in ERLs, as he played for Tony Parker Adequat Academy last year, which is the academy team of LDLC OL. Sheo was one of the names considered for the jungle position by Karmine Corp.

Xico and Erdote, who will remain with BDS in the LFL, finished sixth place in the LFL Summer Season and couldn’t make it into playoffs.

BDS played in the LFL last year, but since they joined the LEC for 2022, their LFL team has become their academy team.

This story is developing.