Solo talks off-season and return to TSM: "I actually had a lot of people interested, which was nice." - Upcomer

Solo talks off-season and return to TSM: “I actually had a lot of people interested, which was nice.” 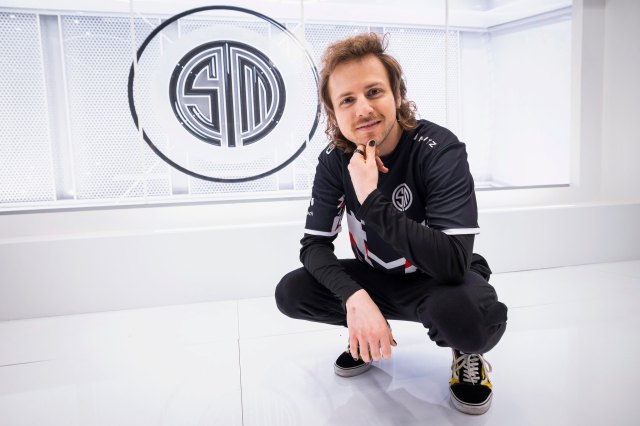 While many League of Legends esports professional teams will make roster changes in the off-season, it’s not a shock to see a player in the same jersey from one season to the next.

That is, unless you’re Colin “Solo” Earnest.

The TSM top laner will be donning the black and white for a second season in a row after joining the squad mid-way through the 2022 League Championship Series Summer Split. Since joining, Solo has given TSM a stable, veteran presence in the top lane – a set of attributes he has provided to many teams since making his LCS debut in 2018 with Clutch Gaming.

Despite a track record of being a mid-season stabilizer for many a team, like in 2020 for FlyQuest which led to back-to-back LCS finals appearances, and the organization’s first trip to the League of Legends World Championship, this is the first time in Solo’s LCS career that he’s actually stayed with the same team following an offseason.

Based on this trend, one could imply that TSM, after their worst LCS season in the history of the organization, was clawing at whatever modicum of stability they could lay claim to this off-season. In the same line of thinking, one could assume that Solo was desperate for any offer on the table given the fact that the last time he had a contract from an organization before the start of a season was 2019.  On the contrary, Solo chose to stay with TSM despite multiple offers from other LCS teams — though that isn’t to say it’s how he expected the off-season to pan out.

“Usually, it’s pretty hard for me to find a team,” the top laner said with a smile. “I actually had a lot of people interested, which was nice. It was honestly kind of funny because I was close to not coming back to TSM, but we made it happen.”

Ultimately, Solo returned to TSM in 2023 because of the organization’s retention of familiar faces from last season, particularly general manager Yang “Glen” Po-Jen. “I enjoy and have a lot of respect for the way he operates, so I really wanted to come back in large part because of him,” Solo explained. “And obviously, bringing back people like Chawy, Maple and Chime, you know? It was cool.”

Solo’s accreditation of Chawy may be re-assuring to any TSM fans who may have held the head coach responsible for the team’s rough season. Of course, there is more to being a successful head coach than gaining the respect of your players, but it certainly speaks to better things for TSM in 2023, especially given their late-season surge last year in the LCS Championship.

“Honestly, a big thing with Chawy is that he’s been like a really successful player on his own part, so he really just gets what players want to hear; the feedback they need,” Solo said. “And the really important thing is he knows what it’s like to be playing and how it feels. I just like that. He’s always been like, just, real; real about the game and real about situations. He obviously has come from a place where he understands the game deeply.”

Soooo excited!! Been so long since I've had the chance to start the year on a roster! https://t.co/qshvbLHvKc

TSM’s chances of competitive viability in the 2023 LCS are under scrutiny, but Solo’s consistency, veteranship, and flexibility should serve as a much-needed stabilizer as the roster begins to gel throughout the Spring Split.