The developers are taking community feedback seriously this year 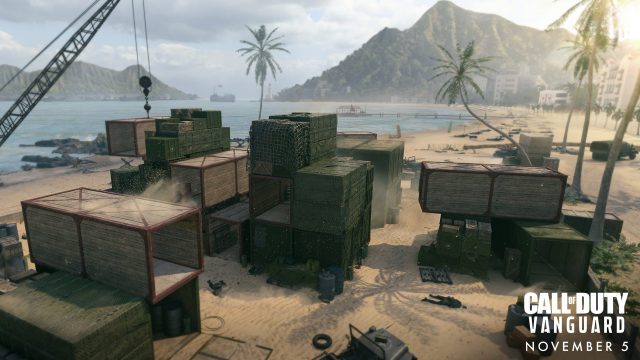 Provided by Activision Shipment is one of the new pieces of content coming to Vanguard.

Earlier this afternoon, Sledgehammer Games joined Activision in releasing a plethora of new information surrounding Call of Duty: Vanguard. While Activision also focused on Warzone Pacific, Sledgehammer strictly kept to Vanguard. The developers released the patch notes for the launch of the game, which includes a number of changes from the Vanguard beta.

It’s apparent that the developers are taking community feedback extremely seriously this year. The patch notes include a wide variety of content and fixes that were specifically requested by the community.

There’s a ton of information to go over in these patch notes but there are also some definite highlights. For starters, fans are getting what they asked for, as Ninja (Dead Silence) is now a perk. It replaces Low Profile in the perk selection menu. There’s also another new perk called Dauntless coming at launch, which takes away the movement penalties from the Suppression mechanic.

Moving on, the shotguns have been buffed while the SMGs and pistols were nerfed. Hipfire spread was also adjusted (a problem in the beta), as were sprint-out times. So, players now can bring their guns up a little quicker. For fans who want to see the stats of these changes, each weapon now displays in-depth stats for any attachments it has on it.

For non-gameplay notes, Sledgehammer finally nerfed the sun and made numerous changes to the audio. Vanguard fans no longer have to deal with inconsistencies in the audio and won’t have Butch screaming in their ear every two seconds.

Aside from the Vanguard launch patch notes, Sledgehammer also confirmed the actual content coming on Nov. 5. There will be 38 weapons, 16 6v6 maps (20+ maps in total), 12 unique Operators and a FOV Slider for consoles and more. The weapons will all have unique attachments for players to equip on their loadouts but the developer stated it will be paying close attention to how they act. The breakdown of the weapon categories is below:

For any XP grinders out there, Activision teased that along with the Seasonal Prestige system, there will be a “ton of challenges,” Gold camos for every weapon and Operator, and multiple ways to earn XP and rank up.

As for post-launch, fan-favorite map Shipment is returning in Vanguard on Nov. 17, bringing the map count total to 17 for 6v6. This will change with Season 1 on Dec. 3. Three additional maps will be introduced, as well as three Operators and a weapon or two.

The launch for Vanguard is set for Nov. 5.