Sledgehammer Games announces a nerf to shotguns in Vanguard

Sledgehammer Games announces a nerf to shotguns in Vanguard

The almighty weapons are being taken down a notch 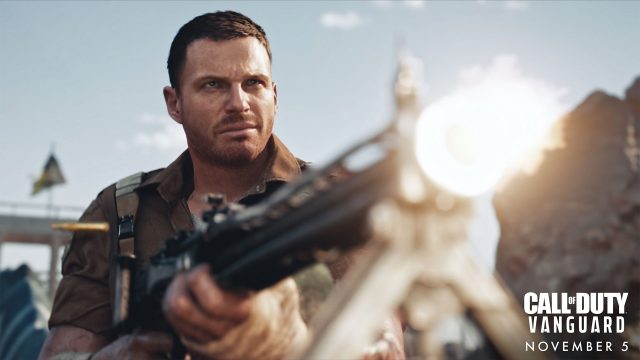 For over a week, the shotguns in Call of Duty: Vanguard have reigned supreme over all other weapons in multiplayer. Whether a player is in a match on Das Haus or Castle, they’ll likely be killed by an enemy with a shotgun at some point. Almost every weapon in the class is too strong for its own good, causing some maps to be flooded with players hoping to earn a high-kill game using one of the overpowered shotgun loadouts. However, this won’t last much longer, as Sledgehammer Games has revealed a nerf is incoming for the shotguns in Vanguard.

The developers made it a point to buff the shotguns from the beta. They were abysmally weak during that build of Vanguard, so the devs turned up their effectiveness. This was presumably done a little too well, as the shotguns are nearly unstoppable one week after Vanguard launched. That run of dominance will be short-lived, though, as a nerf is imminent.

Incoming nerf for the Vanguard shotguns

The nerf was revealed when Sledgehammer Games tweeted the statement, “We’re here to perform a shotgun exorcism.” They accompanied this with a GIF saying “It’s time for a nerf.”

The tweet was in response to a Vanguard player getting a 30-second V2 Rocket using only a Gracey Auto shotgun on Das Haus. The clip of the V2 Rocket exemplified how powerful shotguns currently are in Vanguard.

Sledgehammer didn’t reveal exactly when this nerf is coming. Players have been expecting a weapon balancing update to come through this week, however. If past updates are any indication, players could see the update go live on Tuesday. If not then, the developers should release some kind of update later in the week. Their Trello board confirms that a fix for several bugs is coming later this week. So, perhaps the weapon balancing will be included with that.

Until the update goes live, players will have to deal with the shotguns in Vanguard.