SKT T1 fails to qualify for Worlds for the first time 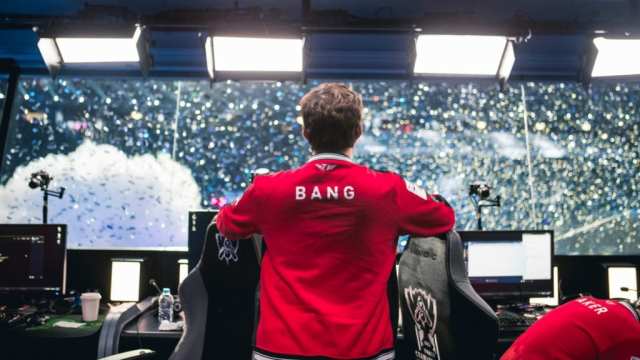 For the first time in the organization’s history, SKT T1 isn’t going to Worlds this year. They have lost to Gen.G in the first round of the LCK Regional Gauntlet, in an uninspiring 3-1.

We lost in the 2018 LoL World Championship LCK Regional Qualifier R1, couldn't make it next. Thank you for all of your support this season.

This was one of the toughest years for SKT T1, as their lineup has been in flux for some time. Meanwhile, Gen.G has kept their lineup the same from the 2016 World Championship winning run. The synergistic difference was very clear in the matchup. Also, if we look at some of SKT’s players, the level of talent just isn’t there when comparing to other LCK teams. For example, their jungler Kang “Blank” Sun-gu has been a weak spot on the team for some time now. Additionally, he is constantly getting outjungled by other players and just couldn’t find a way to improve in a meaningful way. Megastar Lee “Faker” Sang-hyeok has also been having an off year by his standards. However, when you are the main carry and the team relies on you to get games going, expect some shortcomings.

On the other hand, Gen.G has been looking very consistent throughout the season. Their dedication to this one lineup would reward them, as synergy is very important in a league like the LCK. They like to play around ADC Park “Ruler” Jae-hyuk, who can carry many games to victory. However, their team play is some of the best in the world. It is a reason why people consider Gen.G one of the best teams in the game today.

Game one was a nostalgia trip for SKT fans, as the perennial World Champs were looking great early. By putting top laner Park “Untara” Ui-jin on Ornn, they were able to scale into the late game with Bae “Bang” Jun-sik’s Kai’sa. Untara would quietly set up kills for the veteran carry duo, and they would slowly take over the game. SKT T1 would end up taking the first game in 32 minutes, giving hope to SKT T1 that maybe, they could still make it to Worlds after all.

Game two would sway back into Gen.G’s favor, as SKT would put Faker on a supportive mid champ in Lulu. They would put most of their eggs in the Bang basket, which would backfire. Meanwhile, Gen.G would execute their gameplan perfectly. They would stay relatively aggressive all game, and would not allow Bang’s Twitch pick to scale into the late game. Also, Ruler would get an early kill on Kai’sa, which would allow Gen.G to snowball that into a lead.

Game three would be an example of why you should ban Irelia from Faker. An early kill on Gen.G midlaner Lee “Crown” Min-ho would start an uncontrollable snowball that would continue throughout the rest of the game. Faker would dominate the rest of the map, and the win would come soon after. It was a pretty convincing 22-minute win that had only one death on the side of SKT.

Unfortunately for SKT, Gen.G would figure out their play right after. They would adjust their lineup accordingly, by switching out jungler Kang “Ambition” Chan-yong for Kang “Haru” Min-seung. In game four, SKT would use the momentum from the last match to get an early lead. However, after losing several team fights with uncharacteristic mistakes, SKT would throw their lead to the wind. After taking Baron and Elder Drake, Gen.G would march into the SKT base with ease and take the game.

Game five was not even close, as Gen.G would ban out Untara’s Ornn. This gave Gen.G a huge advantage, as Untara now had very little usage throughout the game. Meanwhile, Gen.G’s Lee “CuVee” Seong-jin would pick Gangplank and dominate. Blank would actually give away a couple early kills, which would be more than enough for Gen.G to take over the game. They would end the match in 26 minutes, and take away the hopes of a Worlds appearance for SKT T1. Check out full highlights here:

For Gen.G, they now move on to face the fiery LCK Summer Finalists, Griffin, who are itching to prove themselves once again. It may be a hard task for the 2016 World Champs, as they did show some pretty big weaknesses against SKT. Griffin is a stronger team than SKT and will capitalize on any ground you give them. Meanwhile, SKT is going back to the drawing board after the worst season in the organization’s history. They might consider a complete roster overhaul, save for Faker and possibly Bang. This was an unacceptable ending for such a storied team like SKT T1.

What do you think of SKT T1’s loss to Gen.G? Let us know your thoughts in the comments below! If you want more LCK coverage, check us out here!