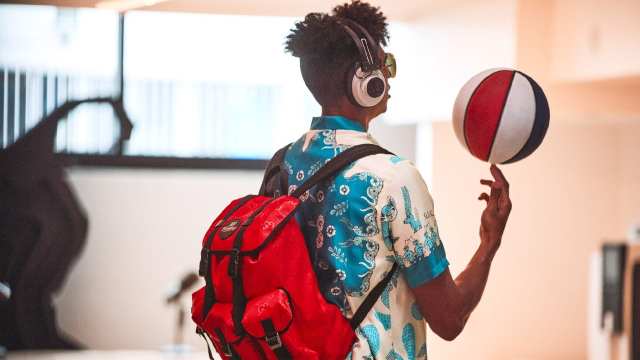 G2 Esports cement their legacy in Rainbow Six Siege history by winning the Six Invitational 2019. They become the first team to win back-to-back Invitationals, having won the previous year’s Invitational.

The Six Invitational is Rainbow Six Siege’s premier annual tournament held in the hometown of the game and its developers, Montreal, Canada. Teams across the globe who have qualified over the past year fly in and battle for an entire week. Over the weekdays, 16 teams are placed into pools of four for the group stage. Only eight teams go through into the weekend playoff bracket for a chance to lift the coveted Six Invitational sledgehammer.

The Invitational is not just the biggest Siege tournament in the world, but also a celebration of the game. The focus is the community, with professional players, content creators, and developers being honored. The entire venue is decorated with developer notes and countless pieces of fan art. Fans find themselves walking into their favorite pro or streamer. The Siege operators are brought to life with cosplayers dotted throughout the event. It becomes every Siege player’s dream to win the Invitational and solidify their team as the indisputable best in the world.

Coming out of the group stages was a mix of favorites and underdog teams, each with their own stories.

The Asia-Pacific (APAC) region saw a surge of success this time around. Region favorite teams, Australia’s Fnatic and Japan’s Nora-Rengo, found themselves making it into bracket play. Unfortunately, the two APAC teams faced off against each other in the quarterfinals. The first map was a back-and-forth game that went into overtime. However, the second map was a blowout with Nora-Rengo taking both maps. While Fnatic’s run ended here, their run from the group stages up to the quarters impressed many.

The second quarterfinals pitted Latin America’s (LATAM) last hope in Team Liquid, versus the “Russian machine” in Team Empire. Team Liquid held the weight of an entire region on their shoulders as they tried to regain their former glory. But the underdog story of Team Empire prevailed. From grinding through Challenger League to topping the Pro League, Team Empire bested Team Liquid in a 2 – 1 fashion. Despite Team Liquid taking a hyped map one, Team Empire displayed massive composure. They won the next two maps in a dominant fashion, knocking Team Liquid out of the tournament.

The lower half of the bracket consisted of both past finalists, ensuring that a classic Evil Geniuses vs. G2 Esports Grand Final would not happen.

In what should have been the quarterfinal quickly became a gritty death battle. Reigning champions and favorites G2 Esports faced against North America (NA) hopefuls Spacestation Gaming (SSG). SSG also made a miracle run, unexpectedly making it out of group stages. A struggling, middle-of-the-pack team in NA Pro League, SSG took G2 Esports the distance. The first map went to overtime with SSG narrowly winning. Despite the second map being a blowout, SSG still looked strong in the last game. The final round came down to a 1v1 with G2 Esports coming out on top and securing another grand final appearance.

The last quarterfinal saw rising NA squad Team Reciprocity majorly upset previous finalists Evil Geniuses. Just like Team Liquid, Evil Geniuses looked dominant in the first map, handily defeated the Reciprocity boys. The orange boys showed their prowess in the next two maps, completely taking the pace in their control. Despite a back and forth between these two NA juggernauts, Reciprocity always managed to keep a lead on Evil Geniuses. Team Reciprocity secured themselves a spot in the semifinals by ending Evil Geniuses’ redemption run 2 – 1.

What a match, what an ending! @TeamReciprocity are in the semifinals! #SixInvitational pic.twitter.com/jnjekatw9C

To win it all

With only four teams left in the tournament, day two of the Six Invitational 2019 was filled with energy and anticipation. Would G2 Esports achieve a repeat? Would the Russian Machine prevail? Was this year APAC’s time to shine? Or would Siege have to give way to a new NA god squad?

In what has become a recurring narrative of the story, the first semifinal ended in a 2 – 1 fashion. Nora-Rengo came out firing on all cylinders, displaying their trademark silly antics and playing an aggressive first map. However, Team Empire stayed composed, taking rounds off the Japanese boys and stopping their momentum. This slowdown and decrease in hype changed the tone of the maps. After a map, two blowouts, and a map three back and forth, APAC’s hope ultimately fell to the Russian Machine. Team Empire found themselves continuing Siege’s biggest underdog story in history.

The second semifinal was a highly anticipated clash between the old kings and NA’s rising top dog. Reciprocity displayed a dominant form the previous match but failed to show that energy this series. In fact, G2 Esports looked back in form, winning huge gunfights and clutching up when they had to. Both maps ended with a scoreline of 7 – 2 in G2 Esports’ favor, winning them the series 2 – 0. G2 Esports looked much better compared to the past week. With this series, they continued their historic run to win Invitational championships back to back.

The most accomplished team in Siege history is hungry for another title! @G2esports #SixInvitational pic.twitter.com/jbW2gLp7TH

The longest game in Siege history

The grand finals started off with a map one that made the Siege history books. With the new infinite overtime format, map one Coastline became the longest professional Siege game ever. While the standard rounds were a back and forth with the lead constantly flip-flopping, the overtime was a constant heartstopper. Coastline is a defense-sided map, but the two teams showed their tenacity by repeatedly taking offensive overtime rounds. This back and forth continued for 10 rounds straight. Every round, G2 Esports took a decisive attack with Team Empire repeating in the following round. Finally, in the 22nd round, G2 Esports held strong in defense, taking the first map.

Finally, map 1 is over! It took 22 rounds, but @G2esports ultimately won on Coastline! #SixInvitational pic.twitter.com/IMLH4B8GPS

The first map win was essential to dictating the tone of the rest of the series. A long, drawn-out battle such as that tested both teams’ stamina. G2 Esports, exuding their experience, proved that they were superior. Team Empire took a tired defeat, failing to show their dangerous gunplay capability and falling to G2 Esports in the subsequent map with a 7 – 4 scoreline. It was here where G2 Esports finally took the series with a 7 – 1 on map three, blowing out a Team Empire that ran out of fuel. Regardless of their fall, the Russian Machine proved that they were no slouch, going head to head with G2 Esports. However, the experience and talent on the champion team were what won these grand finals.

With this win, G2 Esports become the Siege Invitational 2019 champions. The old PENTA core of Niclas “Pengu” Mouritzen,  Joonas “jNSzki” Savolainen, Fabian “Fabian” Hällsten, and Daniel “Goga” Mazorra Romero prevail once again. Young talent Juhani “Kantoraketti” Toivonen was picked up shortly after last year’s Invitational and proved to be the right decision for the team. Throughout 2018, G2 Esports dominated through countless tournaments and Pro League matches. Despite looking the weakest they’ve ever been, G2 Esports proved that their worst still is the best in the world.

While the Siege Invitational 2019 has concluded, a new exciting year is planned for Rainbow Six Siege. Keep up with the scene by checking in with Daily Esports for all the latest news.