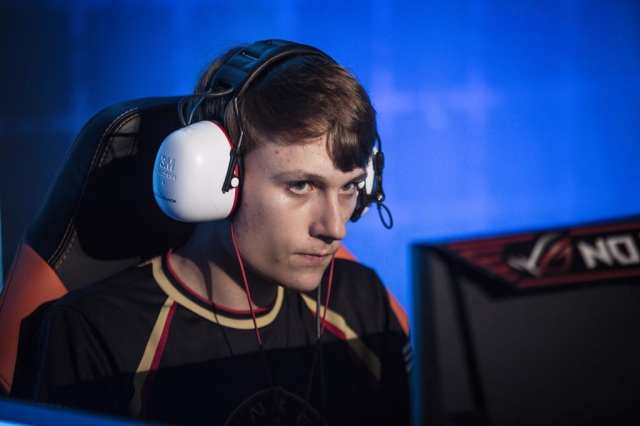 Every year, professional StarCraft II players all around the world compete for a chance to qualify for the World Championship Series. Only the best get to the playoffs and fight for the right to play in Global Finals. This year, there are five GSL Korean tournaments and four Circuit ones, held by DreamHack and featuring European players. The top eight players will compete in Global Finals, for a prize pool of over $500,000. Last weekend was the third StarCraft II Circuit tournament this year: 2018 WCS Valencia.

A diverse cast of players participated in the tournament, including older ones, like SpeCial (ex-MajOr) and Nerchio, and very promising youngins, like Clem and Reynor. This time we won’t be talking about any of those, however. Our attention is turned towards Serral, the man who is currently in the first place in WCS Circuit ranks with 10,920 points.

Last year the Finnish Zerg qualified for all four 2017 Circuit tournaments but hasn’t managed to win any. This time, it looks like he plans to surpass himself and win all four. Earlier this year, he steamrolled through the group stage of 2018 WCS Leipzig and proceeded to rip through his opponents one by one, until he met ShoWTimE in the finals and after a great fight got his deserved first place.

He continued his excellent performance five months later in 2018 WCS Austin. Qualifying with ease, he defeated his opponents one by one, until he met MaNa in the finals. MaNa has also shown excellent competition, but it was not enough. He fought bravely, but in the end, gave up first place to Serral. The Finnish Zerg was rocking two clean wins and an extra 6,000 Circuit points in his pocket, which already put him considerably ahead.

After all of this, you’d expect Serral to roll through 2018 WCS Valencia the same way he did with the two previous tournaments. However, this was not the case. After a similarly decisive group stage, he has matched with Scarlett in RO16. She is The Queen of Blades, an extremely powerful Zerg player who regularly beats Koreans on the pro scene.

I was expecting Scarlett to win and finally kick Serral out of the tournament. She has defeated him before, even though Zerg versus Zerg isn’t her strongest matchup. This time, she lost the first game, then switched to her preferred muta-ling-bane style and almost grabbed a 3-1 victory, but Serral is a tough cookie. He radically changed his playstyle and grabbed game four out her hands with a beautiful Nydus play, bringing the series to a match point. It still could’ve been anyone’s game, but Scarlett made a crucial mistake in the last game, lost her momentum, and fell apart. Serral advanced to play in quarterfinals, and Scarlett was left behind.

After that, it was a clean sweep. Reynor, surprisingly, hasn’t managed to win a single game and the Finnish Zerg used his ZvZ momentum to get a 3-0 victory. HeRoMaRinE hasn’t managed to put up a fight as well, despite arriving at the semifinals with a 6-1 score. Serral quickly dismantled him with another 3-0 and was ready to face Has in the finals.

Oh, the finals. Has is arguably the cheesiest, most aggressive Protoss player. He is well-known for cannon rushing in major tournaments, going mass Oracle, and other innovative strategies. Every game played with Has is impossible to predict. Usually, high-level matches are all around the macro plays, with occasional all-ins. Has is so aggressive he manages to dictate the course of the game and bypass the professional standards.

Has opened up with a relatively conservative style, even taking a third base, and brought game one to an explosive ending with a mass chargelot attack right into Serral and his speed banelings. They rolled in and decimated Has’s army, forcing him to tap out.

Game two took an unexpected turn as Serral himself decided to cheese the cheeser. He opened up with a proxy hatchery. Keep in mind that Has denied Serral his natural expansion in game one, forcing him to take a third instead. Catalyst has two possible locations for that, so Has had no idea that something isn’t right.

He casually went for a proxy oracle, but suddenly queens and ravagers turned up on his doorstep. His oracles forced Serral’s drones out of his main base, and the game took a turn into uncharted territory. Has had enough oracles to overwhelm Serral’s queens, leaving him with no anti-air and taking game two. This would be the last game he wins in this series.

Has whipped out the classic moves in game three, and opened up with a cannon rush in a professional game. He successfully broke Serral’s bases apart and proceeded with a proxy robotics facility. Even with perfect immortal-prism micro, Has couldn’t secure the victory. Serral took care of his last forces and won game number three.

Despite losing the last game, Has opened up with a forge again. Even after an almost perfect opening from Has, Serral managed to hold on again. He un-powered Has’s buildings, forcing Has to use the warp prism’s phasing mode to keep his forward position. The game definitely was longer than it should’ve been, and both players transitioned into air units. There was almost no chance for Has to win the macro game, and Serral took game four.

Last game was on the best and the worst map of the season, Redshift. Has opened with cannons yet again and continued to juggle his cheesy builds. Oracles into charge zealots could’ve been a game-winning strategy for Has, but Serral defended well and ended up too far ahead. Even with astonishing micro, Has didn’t win the mid-game and gave up game five.

Serral’s performance was exceptional in 2018. Even the dark horse of this tournament, Has, hasn’t managed to retake Aiur and defeat the Finnish Zerg. I hope to see games of the similar level in 2018 WCS Montreal, two months from now. Maybe Serral will be the one to rule them all, maybe not. Still, he is almost guaranteed to participate in Global Finals, and I can’t wait to see him play against Koreans.