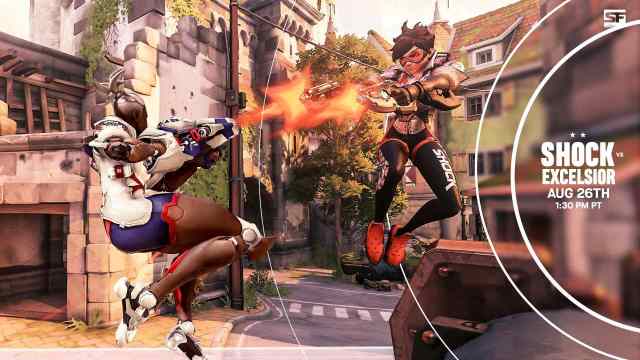 The San Francisco Shock, with a win over the New York Excelsior, set the new Overwatch League regular season win streak record with 20 matches in a row. After ending the 2021 season strong, their undefeated run in the 2022 regular season has stretched into the third stage. Despite losing in the regional and international tournaments, this 20-match win streak trumps the previous record of 19. That previous record was from the Vancouver Titans of 2019, one of the best Overwatch League regular season teams of all time.

The previous record and how hard it was to beat

Before we go over how the Shock got to this point, let’s look back at how the Vancouver Titans got this record. Coming into 2019, the Vancouver Titans were a brand new franchise in the league. They decided to essentially import one of the best Contenders rosters in RunAway to their team. From players to the coaching staff, the team looked dangerous, and their experience in the 2019 metas were clear.

Their form from Korea translated perfectly into the Overwatch League, with their win streak starting on their debut. From their Stage 1 match against the Shanghai Dragons until the Stage 3 win over the Chengdu Hunters, they won 19 regular season matches in a row. In the end, they lost to the Los Angeles Valiant in the twentieth game. They only lost two more regular season matches that season, getting to the grand finals but losing to the San Francisco Shock. That ended up as the best the Titans have ever looked, while starting the Shock’s dynasty in the league.

To start this run off, the 2021 San Francisco Shock went 3-1 in the Countdown Cup. After losing to the Dallas Fuel in a close 3-2 series, they won their next three regular season matches in a row. Those wins over the Boston Uprising, Vancouver Titans and Toronto Defiant were easy wins for the strong Shock roster. At the time, they still had top talent such as Matthew “super” DeLisi, Lee “Twilight” Joo-seok and Choi “ChoiHyoBin” Hyo-bin. Despite both the Countdown Cup and 2021 season playoffs not going well for the Shock, they kept those three regular season wins for the streak to begin.

Then, heading into the 2022 season, the Shock made significant changes to their roster. The only one who remained from their championship rosters is star support Park “Viol2t” Min-ki. The new core revolved around O2 Blast talent from Korean Contenders, a team that the San Francisco Shock partnered with during the off-season. Along with adding upcoming talent from NA Contenders, the mixed roster was a big change from the previous year’s roster. What remained the same was their spot among the best in NA, starting hot. Off the back of great performances from rookies Kim “Proper” Dong-hyun and Colin “Coluge” Arai, the team are undefeated in every single regular season match so far. With their recent 3-0 win over the New York Excelsior, the team went from matching the record to beating it outright.

While a big moment for the San Francisco Shock, their coach Park “Crusty” Dae-hee tweeted about the win and new record.

GGs @NYExcelsior . Holy I was so nervous for the interview. Happy to make a new record. But winning the playoffs is the most important goal.