The first two major tournaments in the West have wrapped up with early favorites for the World Championships sighted. 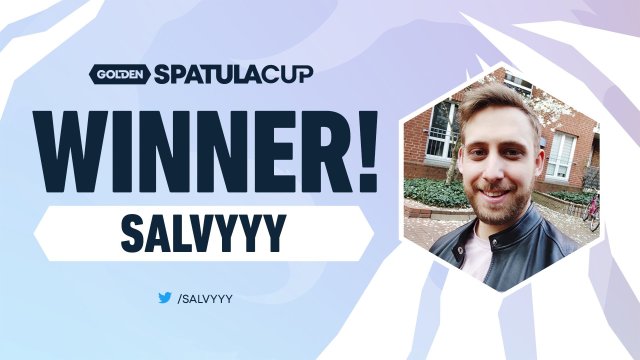 Provided by Riot Games Salvyyy is the GSC #1 champion and has already locked a spot at the EMEA Regional Finals.

The Rising Legends Tournament series for the EMEA region kicked off its competitive season with a six-day tournament spread throughout two weekends. The first half of the GSC #1 was an open qualifier event in which 32 players joined the 96 players from the top of the ladder for the second weekend of the event. Due to his high rank, Salvyyy picked up action with the second weekend as the field started off with 128 competitors that would shrink over the course of three days.

What was going on in the arenas today?! 🤯🤩

Congrats to all 16 players that will make their appearance during Day 3 of GSC#1! 🥳

On Day 1, Salvyyy managed to squeak on through in 34th place during the 64-player cutoff. With points reset for Day 2, Salvyyy picked up some steam playing a mix of different compositions that allowed him to place ninth going into the top 16 finals on Day 3. With points reset once again, Salvyy actually started off the final day with a poor bottom-four performance in Game 1 but turned it around immediately with a win in Game 2. With momentum all his, Salvyyy rattled off five top-fours in a row to put him at 34 points, which was good enough for the title of GSC #1 champion.

Won GSC#1! It feels so rewarding to finally win after I made changes inside and outside of the game. This is only step 1 though, lots more to work on after i come back from vacation, i wont miss worlds this time

With the win, Salvyyy automatically qualifies for the Rising Legends Finals at the end of the set, which will mark the second time in three seasons he has done so after missing out last season. Although he has never qualified for the TFT World Championship before, Salvyyy is regarded as one of the best players in the entire region and has done well in tournaments in the past, including his win at the EMEA Reckoning closed qualifiers in the TFT Reckoning expansion.

THE KING IS BACK pic.twitter.com/P2liiFM3z1

Like GSC #1, the Astral Cup also featured competition over two weekends but with no open qualifiers. Instead, the top 32 players on the ladder at the end of registration got a two-day bye in the four-day event. Socks was one of the 32 that got that advantage after being ranked third on North American ladder heading into the event.

Socks started off his run on Day 3 of the event with a six-game slate to decide which 32 players would move onto the finals on Day 4. With lobbies shifting every two games, Socks picked up two top-fours in the first third of the day. In Games 3 and 4, Socks topped his lobby with another pair of top-fours including a lobby win in Game 3. Heading into the final two games of the day, Socks was a virtual lock for top cut. Although Socks didn’t perform well at all to close out the day as he picked up two bottom-fours after his hot start, Socks qualified for the finals in 23rd place. The bad news was that with late-day stumble, Socks did not enter the finals with any sort of point lead that was given to the top 12 players.

Regardless, with points reset outside of the three-, two- and one-point bonuses given to the top 12, Socks came to play from the start as he took Game 1 in his lobby. Game 2 saw him take a dip with a fifth place, but Socks did not have a bottom-four finish the rest of the day. After the first five games of the day, Socks found himself in second place with 32 points. In this tournament, after the first five games of the finals, the 32 player finals cut to just eight to play a final two games, points still intact to see who would take the crown as Astral Cup champion.

2 MORE GAMES BABY. SOCKS THE GOD IS BACK. pic.twitter.com/iroAFd2MWG

In Game 6, the first of the final lobby, Socks had an opportunity to jump over the points leader “Milala” after they took an eighth-place finish, but Socks’ third wasn’t good enough as Don “Aesah” Ding came over the top and took a one-point lead for themselves after winning Game 6. But with just a one-point gap once again, Socks controlled his own destiny. After Aesah took a seventh in Game 7, Socks locked up the tournament for himself with another third place, and before the game actually ended, Socks was able to celebrate the win knowing that no one could match his 44 points.

With the win, Socks automatically qualifies for the next step in the NA TFT circuit, which is the Mid-Set Finale where not only will spots at the NA Regional Finals be on the line but also also a TFT World Championship spot. Socks continues to build his resume as one of the best TFT players of all time while looking to head back to Worlds for the first time in three sets.