Sakurai has started up a new project for video game lovers 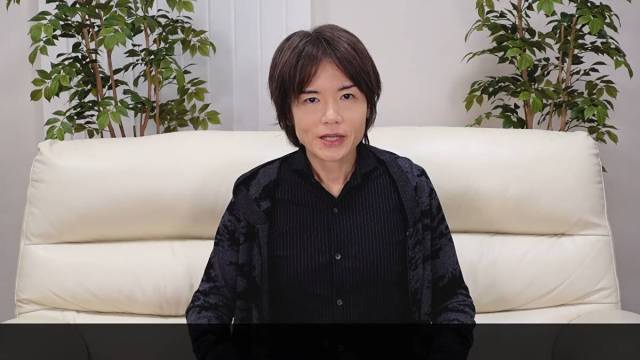 Provided by Sakurai Sakurai's new YouTube channel is all about game development.

While the Super Smash Bros. community is sad to see Masahiro Sakurai retire his daily Ultimate screenshot tweet, the Smash creator has announced an exciting new project for fans that want more from the man who refuses to rest.

Sakurai has announced a new YouTube channel called “Masahiro Sakurai on Creating Games.” The channel launched Aug. 23 and already has over 157,000 subscribers a day later.

Subscribe today and you can brag (?) about being one of the very first to join me on this new endeavor. I'll share more details soon!

There are already three videos on Sakurai’s channel. The first upload is called “About This Channel.” It has over 148,000 views and explains what Sakurai plans to do on the YouTube channel. His goal? To make games “more fun.” While he won’t be streaming games, he will be giving insight into the development of popular games.

“I feel there’s plenty of game design knowledge worth sharing,” Sakurai said. “And people do occasionally ask me to teach them.”

For those people, this channel will be an introduction to the world of game design and what it takes to make a game “fun.”

The second video is a brief overview of Sakurai’s creative works up until 2022. It starts with Kirby’s Dream Land in 1992 and ends with Super Smash Bros. Ultimate in 2018.

The third video is about small moments in the game that make a big impact. He brings up the concept of a “hit stop” which is a brief pause when a character is hit in Smash and other games. While it seems small at first, seeing it compared to the same attack without a hit stop shows just how impactful the small change really is. He also touches on “boss stops,” which are when the game zooms in on the final hit and there’s a dramatic pause after that final blow defeats the enemy. This is seen a lot in Smash, Kirby games, and more.

“This is vital for really letting the player feel the impact,” Sakurai explained.

Sakurai said that hit stops should be used in every genre of game. The insightful video was met with praise from the gaming community, who filled the comments with excitement over the channel and its concept. Getting such interesting information from Sakurai himself is invaluable for passionate gamers and hopeful developers alike.

It’s currently unclear how often Sakurai will be uploading to the channel but we do know that it won’t be daily like his Ultimate tweets. Knowing Sakurai, he will be making the videos quite often since the man doesn’t seem to know the meaning of rest.