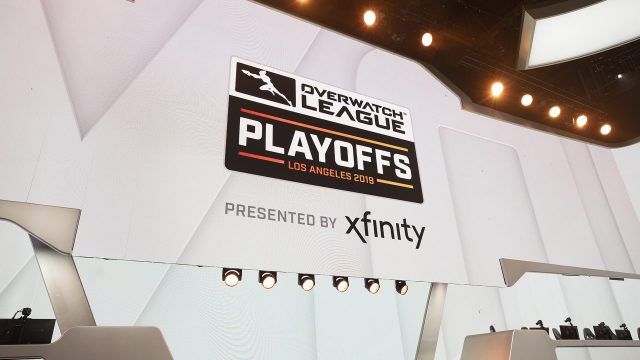 Tomorrow kicks off the start of the Rocket League Season 7 Regional Championship. These matches will determine which of the top six North American and European League Play teams will qualify for RLCS Season 7. The Rocket League Championship Series will take place June 21-23 at the Prudential Center in Newark.

Four teams have already secured their place at RLCS7 with their first or second League Play results. So far, the teams who have obtained automatic qualification for North America are NRG and G2. NRG are the previous RLCS6 Regional Champions. They are the favorite to win it again after an undefeated League Play result.

As for G2, they are currently riding high on their recent roster addition of Reed “Chicago” Wilen. They appear keen to show that their roster change won’t see them exit RLCS7 LAN as early as the previous two occasions.

The automatically qualified teams in Europe, meanwhile, are Renault Vitality and the new organization FC Barcelona. Renault Vitality are currently the favorites to win the European Regional Championship. Their second place DreamHack Leipzig result and their exciting Season 7 League Play performance has had casters and analysts label them as the best team in the world right now.

Finally, FC Barcelona has also qualified. Not only are FC Barca the latest org to join Rocket League esports, but they have also set the record as the first RLRS team to immediately qualify for RLCS in the following season.

Who needs to qualify?

There are currently two more RLCS qualification spots available in each region to be played for this weekend. The teams playing for these remaining spots in North America are Cloud 9, Space Station Gaming, Ghost Gaming, and Rogue.

Many expect Cloud 9 to qualify, as they are the current World Champions. Space Station is considered second, as they beat Cloud 9 3-1 in Week 1 of League Play. Ghost Gaming and Rogue will also play each other for the chance to qualify against whoever loses between Cloud 9 and Space Station Gaming.

The teams playing to qualify in Europe are Triple Trouble, PSG, Team SoloMid, and Team Dignitas. Currently, none of these stand as the obvious European favorite. However, PSG and Triple Trouble are both sitting on a comfortable 4-3 League Play result.

Meanwhile, Team SoloMid — previously WeDemGirlz, who won the ELEAGUE Cup in 2018 — sit at fifth place. Team Dignitas, the DreamHack Pro Circuit: Leipzig 2019 winners, are sixth in League Play. This makes one thing clear: whatever happens, it won’t be an easy fight for any of them.

Why you should watch the Regional Championship

There’s a chance we may not see our current World Champions return to RLCS. Cloud 9 will play Space Station Gaming, who beat them 3-1 in Week 1 of League Play. If Cloud 9 loses to SSG again, they will then be on a 3-game losing streak (having lost both of their Week 5 games). They would then play whoever wins between Rogue or Ghost Gaming, both of whom won games in Week 5 and will have then just won their first Regional Championship match. Could the odds be in favor of the lower seeded team? Could they catch Cloud 9 on another bad weekend?

This could also be the first time Team Dignitas — formerly GaleForce Esports — hasn’t qualified for RLCS since Season 4. Although they finished second at RLCS6 and won DreamHack Leipzig, the departure of Alexandre “Kaydop” Courant and the sudden drop in their League Play performance has put Team Dignitas’ future into question. Can they bounce back and prove they are still European titans?

Lastly, if Triple Trouble qualifies for a spot at the Rocket League World Championship, they could get signed by an esports organization. Plenty of orgs have likely started watching Rocket League closely after developer Psyonix was recently acquired by Epic Games. Another org joining the league would be a great boost for the esports scene.

While the OCE and SAM regions are yet to get to their playoff stages, there’s more than enough Rocket League action to catch over the weekend on the game’s official Twitch Channel.