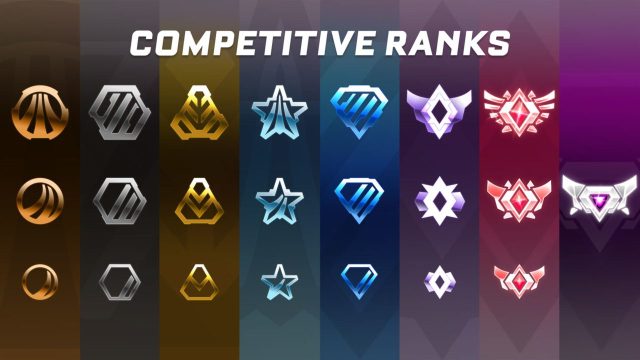 The Rocket League free-to-play update is coming ever closer and Psyonix finally spilled the beans on those new ranks they teased back in July. Grand Champion will no longer be the highest rank. Instead, “Supersonic Legend” will be reserved for the top players. With how big the difference is between current low Grand Champs and higher Grand Champs, time will have to tell whether it’s going to be enough.

With Rocket League’s continued growth comes an increased amount of Grand Champions. The game is five years old and players continue to raise the skill ceiling. With so many GCs, Psyonix is finally adding another tier on top.

Grand Champion will now have three levels like the ranks before, and Supersonic Legend will take its place as the highest Rocket League rank, including a shiny new emblem. Unfortunately, we don’t quite know how the MMR will be spread and what the equivalent in the current season is.

In addition to Tournaments, Challenges, and Cross-Progression, there's still a lot coming to Rocket League when free to play launches. Here's everything else you can expect, like new Ranks, new Quick Chats, and more!
📖: https://t.co/YhTsNtIlbv pic.twitter.com/TGQ5RvUwhk

With new players coming in, however, the average skill will be lower and those who are in the lower ranks now will likely end up somewhere higher. A rank below bronze would probably not have been a bad choice.

The update to Rocket League also brings streamlined seasons. It’ll now be much clearer when a season begins and ends. The Rocket Pass and the new Tournaments are part of it too, as everything will follow the same schedule. Oddly though, Psyonix has chosen to start over from Season 1. And if you “only” make it to Grand Champion, don’t worry. You’ll still get a title.

You’ll also need to be level 10 in order to queue into ranked, which could be considered a fairly low bar for higher-ranked players looking to make a second Rocket League account (which they’ll have to do on the Epic Games client, by the way).

There is more neat stuff coming, like a unique hitbox for the Merc battle-car and new quick chat options (“Faking!”).

So when is Rocket League going F2P?

The question everyone wants answering: when is Rocket League actually going free-to-play? Well, even Psyonix still doesn’t have an answer. We can expect it sometime this month, as updates will gradually roll out to lay the foundation.