Players to watch for RLCS Season 6 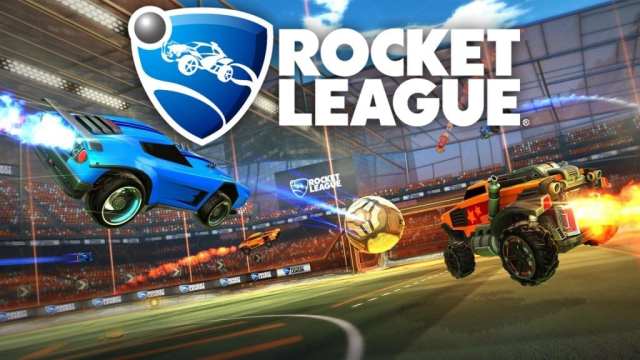 With RLCS Season 6 announced, it’s time to look at some players, both old and new, at the highest tier of Rocket League esports. I wish I could write about the entire histories for some of these players, since they are just that exciting to watch. Instead, I’ll suggest you go watch their Twitch streams and tournament VODs. Because if you haven’t already, you’re missing out.

Now, with that out of the way, let’s get started. And there is honestly only one player we can possibly start with.

Having reached the minimum age of fifteen, Scrub Killa is set to make his RLCS debut. This is something both players and fans, but most importantly Scrub himself, have been awaiting for years.

Scrub Killa has played Rocket League and its predecessor SARPBC (Supersonic Acrobatic Rocket-Powered Battle-Cars) since he was able to hold a controller. At age twelve, he was already consistently dominating the ranked leaderboards, and in the years leading up to his fifteenth birthday, won both 1v1 and 3v3 tournaments.

If you are somehow not yet familiar with him, I implore you to go back and watch his many show matches, including both iterations of the Twelve Titans tournaments.

Why should you watch him?

While Scrub is an exciting player to watch in general, it’s not just his skills that will pull in the viewers next RLCS. It’s the storyline. Scrub was ready to destroy in RLCS and looked to be one of the best players in the world to play on such a big stage. But the youngster’s heart sank when he learned he’d have to wait two years before he could compete.

And not just his own heart, either. All of his fans were eagerly awaiting his debut. As a new viewer, it’ll probably be less impactful to see Scrub finally make his entrance, but it should still excite you. This isn’t a player who slowly made his way to the top to qualify himself for RLCS through the lower division. This isn’t an unknown player with just some potential who performed well for a season. This is a player teams and organisations alike have been waiting to turn fifteen years old. A player who is expected to perform at the same level as the world’s best RLCS players straight off the bat.

The young Scotsman recently gave doubters of his 3v3 abilities a reason to take a step back and reevaluate their claims. Alongside Fairy Peak and Mout, he came in 2nd in the minor $1,000 Rival Cup after a lower bracket run and a bracket reset in the grand final against World Champions Dignitas. They had a solid performance throughout the tournament, and Scrub showed the world that he is not a one-trick pony.

His new team is yet to be announced as of this moment, but is widely speculated to be Renault Vitality, consisting of Fairy Peak and Paschy90. If this rumour has any truth to it, then EU has another strong contender for Season 6 World Champion.

Chicago is a somewhat lesser-known player. He made his first major appearance during the Universal Open 2v2 tournament as part of the Fibeon team. Despite coming in 7th-8th place at the live finals alongside Hato, Chicago had now shown himself on a bigger stage. He had blasted onto the scene and he was going to stay. Just two months later, he and his team soundly won Rocket League Rival Series league play with a 7-0 win/loss record. This earned them a spot in the regional playoffs for a spot in RLCS Season 5. Unfortunately, they were up against Renegades, a solid team from RLCS that had had a poor season, but were still extremely dangerous.

And indeed, they lost that first series 4-2 and were sent into the loser’s bracket, where they were to face the other RLCS team, Allegiance. In the end, Chicago and his team were sent back into RLRS by losing the BO7 series in game 7.

Reasons to keep an eye on him

Now, a season later, he will make his entrance in RLCS, having signed for Evil Geniuses. The #4 of North America made their debut at the live finals last season in London and made a solid impression. Chicago will replace Chrome and is in many people’s eyes an upgrade for the team. The sixteen-year-old has solid striking capabilities and will play alongside Klassux and CorruptedG, two players with RLCS experience that can guide him through the immense pressure.

Evil Geniuses are often seen as a sub-top team. Solid in performances, but not quite on the same level as the absolute favourites such as NRG, Cloud9, and G2. With Chicago, they hope to make a bigger impact in the North American region and possibly even make a cheeky finish higher than 4th. Having had similar stats as proven talents JSTN and EyeIgnite, it’s safe to say Chicago is good enough to play for a team with such ambitions.

Whether he can give them the desired results remains to be seen–which is exactly why you want to be watching him.

“The rookie of the year”

It’s not just the rookies that deserve a shout-out. JSTN made his RLCS entrance last season in a dream scenario. Having made an impact in RLRS, he was signed by NRG for Season 5. With an incredible performance, JSTN showed that GarrettG’s and Fireburner’s trust wasn’t unwarranted. The team went 7-0 in League Play and just barely lost out on first seed in the regional finals against G2 in the final game of the grand final.

Still, NRG was qualified for the LAN in London and JSTN had already shown what he could do. But the best was yet to come.

All eyes were on JSTN throughout the live finals. Being just fifteen years old, he had made a considerable impact on his team. NRG had never been a weak team, but his presence seemed to have sparked a new fire. Everything seemed to click, and NRG basically cruised their way to the grand final through the upper bracket by beating EnvyUs, Dignitas, and compLexity.

Conjuring up some magic

The grand final, then, turned out to be the greatest series of Rocket League ever played. JSTN, playing his first ever RLCS, was on the cusp of becoming a world champion. All that stood in his way was one BO7 series against Dignitas, a team they had already knocked into the loser’s bracket the day before.

After an exhilarating series, Dignitas won the match-up 4-1 and forced a bracket reset. NRG had another chance, but Dignitas were ready to play. In the second series, Dignitas came close to winning the entire tournament, but NRG fought themselves back into the match and forced a game 7. They now had the momentum and were a single win away from the championship.

Then the magical moment happened. After conceding the 3-2 with four seconds to play, everything seemed to be over. Dignitas was going to take the title. But NRG would have none of that, and JSTN finished the zero-second team combination that will go down as the most epic moment in RLCS history.

In the end, NRG lost the Grand Final, but JSTN had shown everyone he was a force to be reckoned with. Regardless of the roster shuffles, NRG is still considered one of the favourites to take Season 6. The only question that remains is whether JSTN can conjure up the same kind of performances as he could in his debut season.

Let us know and perhaps they’ll appear in the next “Players to watch” article!