Riot will consider changing Worlds format based on feedback

Riot will consider changing Worlds format based on feedback

Currently, Riot can not promise changes, but they will be looking into the Worlds format for the future 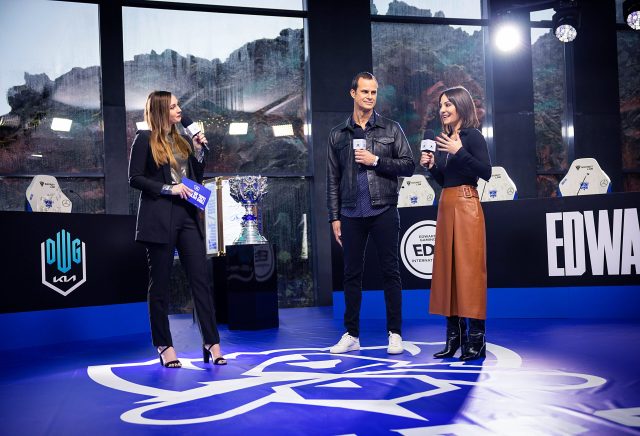 Ahead of the 2021 League of Legends World Championship finals against DWG KIA and Edward Gaming, Riot Games held a press conference featuring both teams along with the global heads of Riot’s League Esports team. The conference addressed Worlds, Arcane and more.

During the conference, Global Head of League of Legends Esports Naz Aletaha and President of Sports John Needham fielded questions about the Worlds format, which has gone practically unchanged for the last several years.

Currently, Worlds has a play-in stage, featuring the weakest teams from the major regions fighting alongside the representatives from the emerging regions. Then, the top four teams qualify for the group stage which is the start of the main event.

In the knockouts, or bracket stage, the first seeds from the group stage match against other groups’ second seeds. Groups can not have both seeds on the same side of the bracket, meaning they can only meet for a second time at the event if each makes the finals. The bracket stage is single elimination, so once a team loses a single series, they’re eliminated.

Multiple members of the press addressed pitfalls of the current Worlds format, including the lack of double elimination, the lack of a third-fourth place match, issues with the double round robin and more.

In her first response, Aletaha confirmed that Riot is listening to and appreciates such feedback.

“Our sport is in a state of constant growth,” Aletaha continued. “We’re really balancing for what is going to make the best and most competitive event. It certainly means we’re open for iteration and improvement, but it does come back to that balance and how we optimize. And we really do look to optimize for, first and foremost, competitive integrity. We’re looking to balance the overall number of matches in a tournament and the impact that has on the teams that are competing. And of course, we want a tournament that makes for an engaging and exciting experience for all of the millions of fans that are tuning in at home.”

“Every year, we look at our format, as Naz said. We always want to deliver the most exciting competition, one that’s great for our fans to view, super exciting for our teams to participate in,” he said. “We’re very aware of the LPL format and how great it works in China. It’s something we will definitely consider going forward.”

Riot has not made any definitive decision about changing the format, but they have seen the feedback and have acknowledged that they’re going to reexamine Worlds and determine if changes need to be made from there.