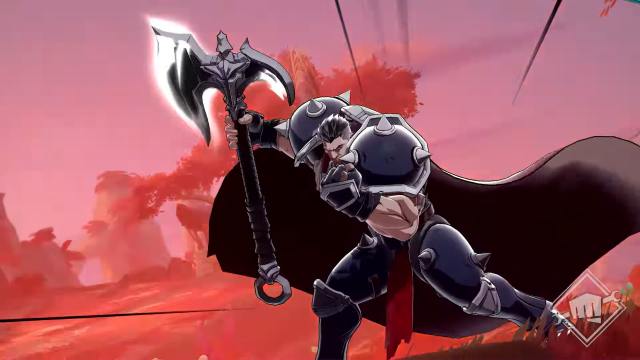 Screengrab provided by YouTube via Riot Games Darius prepares to use a special move in Project L.

Riot Games shared an update on Monday about its upcoming free-to-play fighting game, Project L. In it, game director Shaun Rivera discussed some of the core mechanics in Project L, including its varied movement options and some of the details of its tag team system.

To cap off the year, let’s take a closer look at Project L’s core gameplay: We believe in systems that are deep and flexible, including dynamic movement, impactful buttons, and a whole lot of tag. pic.twitter.com/dzde0Ah48a

According to Rivera, the Project L developers are incorporating fast-paced movement in order to create a high skill ceiling for players. To this end, playable characters in this game will have a number of movement options at their disposal.

“Gameplay that has quick, fluid movement at its core is extremely important to us,” Rivera said in the update video. “We believe there are a ton of opportunities for player expression and mastery through how you move.”

While Rivera did not divulge specific details about each technique, here are all of the Project L movement mechanics mentioned in Monday’s update:

On top of these universal movement options, there will also be some character-specific techniques that can add to players’ mobility in the air. Rivera also said the developers want to encourage offensive gameplay while still allowing for robust defensive options.

In addition, the update went over some of the core tag team mechanics in Project L, the names of which have not yet been finalized. Rivera discussed three main tag systems that players will be able to use in order to make use of both their main champion — or their “point” — and their assist champion.

Meanwhile, a Handshake Tag allows the player to switch out their current point and take full control of their assist champion. When coupled with Assist Actions, players can keep both of their champions on the screen for an extended period of time in order to combo opponents.

Finally, a Dynamic Save is a defensive assist action that functions as a combo breaker. This Project L mechanic summons the assist champion in order to push back the opponent. However, opponents can counter a poorly-timed Dynamic Save, meaning it won’t necessarily cause a free reset to neutral.