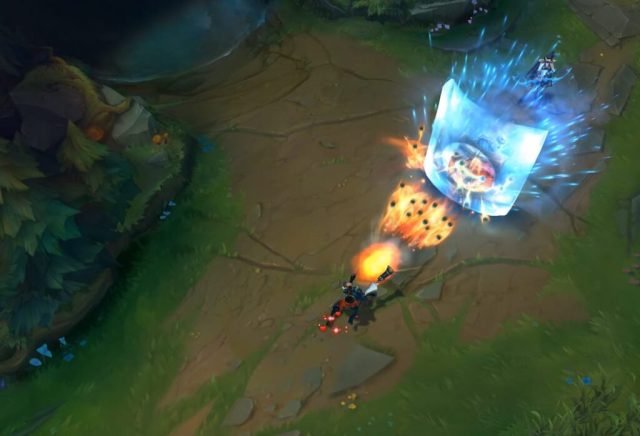 Riot Games has moved to force two of the five lawsuits it is facing over gender discrimination into private arbitration. According to the League of Legends developer, the women in question had signed contracts with clauses that allow them to do so, effectively keeping proceedings behind closed doors.

The story so far

Last August, Kotaku spoke to 28 current and former Riot employees about the company’s workplace culture. The article did not paint a pretty picture, rather laying out one of a toxic environment, where women were subjected to harassment on a nigh daily basis.

Since then, Riot has struggled to come to terms with these findings. Almost a month after it first learned of the article, the company formulated a response. On its website, it offered up a seven-step plan that was to leave no room for sexism or misogyny in its culture. It suspended its COO without pay for a total duration two months. It held a PAX West panel exclusively for women and non-binary participants. It was going to do better.

But then in October, the LA Times ran a follow-up article. The employees it spoke to described the company’s measures in response to the original complaints as largely cosmetic. And indeed, since the only actions we’ve seen are the company changing up its values page, appointing a “Chief Diversity Officer,” and this latest move.

Arbitration clauses require the signees of a contract to resolve any differences outside of the courts. They are fairly widespread in the United States, where they are seen as a way to lighten the load on the justice system. Unfortunately, being outside of it also allows them to operate under distinctly different rules. They take place behind closed doors, and there’s neither judge nor jury, very little oversight, and no appeal.

The process has been found to make it a lot less likely for employees to get a decision in their favor. Because of this, Google got rid of forced arbitration in sexual harassment cases last year. It has since ended the practice entirely. After Uber suffered a similar bro culture scandal as Riot’s, it removed these clauses as well.

And yet Riot Games, facing its own scandal, has decided to try to force proceedings into backrooms. Sadly, this matches the cosmetic response narrative far better than the one of a company that wants to improve.

The plaintiffs’ lawyer has confirmed that he plans to fight the motion and push for a full jury trial. According to him, “Today’s actions only serve to silence the voices of individuals who speak out against such misconduct and demonstrate that the company’s words were no more than lip service.”

Riot from its side won’t discuss ongoing litigation, but it did offer a statement about its commitment to become a better company. Which is fitting, but does not inspire hope for true change.