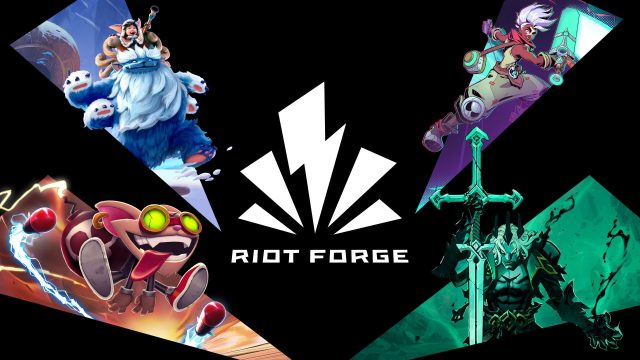 Ruined King is $29.99 USD and out on Nintendo Switch, PS4, PS5, Xbox One, Xbox Series X\S and PC via Steam, GOG.com and the Epic Games Store. Hextech Mayhem is $9.99 USD, out on Nintendo Switch and PC on the same platforms, along with Netflix Mobile in the near future, included with any membership.

The two new games revealed so far are Song of Nunu and CONV/RGENCE.

When this game was revealed in late 2019, this was Riot’s first foray into story-focused League of Legends-connected video games. Ruined King is a turn-based role-playing game, heavily involving Bilgewater and the Shadow Isles. The champions involved in the story include but are not limited to Miss Fortune, Illaoi, Braum, Pyke, Ahri and Yasuo.

The game’s development is led by Airship Syndicate, a team known for well-received games such as Darksiders Genesis and Battle Chasers: Nightwar. As for how to get the game, it is currently available for Switch, PS4, Xbox One and PC. It is also backward compatible on current-gen consoles, and a version for those consoles will release in the future with a free upgrade path.

A digital Deluxe Edition of the game is also available on each platform for $39.99 and includes Ruined Skins for each character, the Ruination Starter Pack, and other items. Added onto that, the physical Collector’s Edition is available for $129.99 and includes an Art Book, Exclusive Joe Madureira Sketch, 12” Vinyl Soundtrack, Cloth Map of Bilgewater, Notebook & Pen and Bilgewater Mug.

No matter what edition you get, players who purchase Ruined King: A League of Legends Story™ within the first 30 days of its release will receive the Manamune Sword as an in-game weapon for Yasuo.

In comparison to Ruined King, Hextech Mayhem was only revealed earlier this month. In terms of game genre, Hextech Mayhem is a rhythm runner. Some good comparisons for this kind of genre include BIT.TRIP RUNNER, Geometry Dash and Muse Dash, where you beat levels by jumping and attacking along with the music. Of course, this game is themed around League of Legends, with Ziggs being the standout champion in the trailer.

This game’s development is led by Choice Provisions, developers of the popular rhythm runner series BIT.TRIP RUNNER. To start, this game is available on Switch and PC. Eventually, it joins Netflix Mobile, available to anyone with a regular subscription.

The first game revealed for 2022 is Song of Nunu: A League of Legends Story. The developers working alongside Riot Forge for this game are Tequila Works, notable for games such as Rime and Deadlight.

Much like the other developers working alongside Riot Forge, the genre of the game matches the developer’s previous works. For Tequlia Works and Song of Nunu, the genre is a single-player adventure game. The game is set to release sometime next year on the Nintendo Switch, Xbox Series X|S, Xbox One, PS4, PS5, and PC via Steam, GOG.com, and the Epic Games Store. The plot of this game focuses on the story of Nunu and Willump, as they journey to find Nunu’s mother.

The other titled game revealed is CONV/RGENCE: A League of Legends Story. This game is a single-player 2D action platformer that features time control from Double Stallion will also be available next year. Double Stallion is known for Speed Brawl, another 2D game, but incorporating elements of time control like Braid.

Besides those two titled games, Riot Forge also hinted at a new game focused on the Demacia region, but no title or release date confirmed so far.