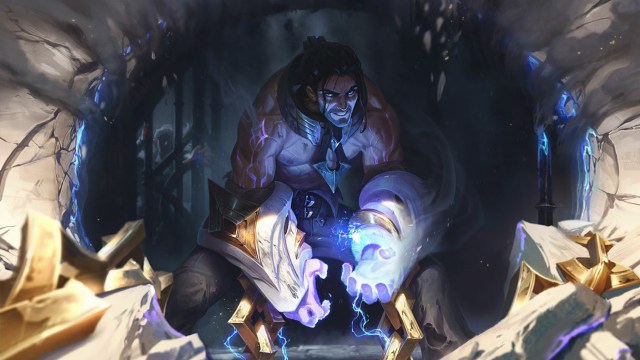 A new Riot Forge game called Mageseeker has been leaked by South Korea’s Game Ratings Committee. According to the leak, the game known as Mageseeker: A League of Legends Story will feature the champion Sylas. It also follows his journey in the fight to save Demacia from an unknown threat. Sylas is one of the League of Legends champions raised in Demacia.

Moreover, Riot Forge is a third-party publisher within Riot Game that partners with other studios to create games based on the League of Legends universe. Since 2021, it has published both Ruined King featuring Viego; and Hextech Mayhem featuring Ziggs and Heirmerdinger.

What to expect from Sylas in Mageseeker

According to the committee, the Mageseeker will be an online action PC game where Sylas will battle to save Demacia from a threat. Following Viego’s story in Ruined king, this new game will no doubt explore all of Sylas, the Unshackled. The champion was born as a mage to a poor family in Demacia. He soon caught the attention of the Mageseekers and helped to root out hidden sorcery.

However, they imprisoned him for turning those abilities against them. Sylas broke free from the prison and now seeks to topple the monarchy with a growing number of allies made up of outcast mages and children. Demacia is also home to champions like Lux, Quinn and Garen which may feature in the game.

Sylas’ lore makes it possible to create an action-packed game with lots of materials to work with. There is no official announcement on the Mageseeker yet. However, it is likely not far off seeing as the rating committee is looking into it. Additionally, Riot Forge has already announced two other games for 2023; Convergence and Song of Nunu.