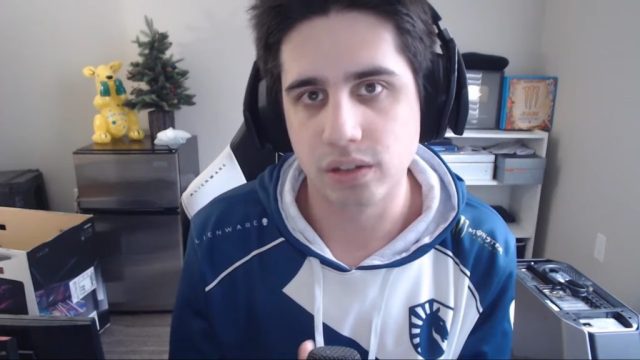 Cloud9 streamer and veteran League player Christian “IWillDominate” Rivera will co-stream select LCS games. Riot Games had previously refused to give him permission to co-stream games. Rivera will be providing his own commentary over matches, which will usually be more off-the-cuff than the official broadcasts.

Happy to announce that I have been given permission by Riot to Co-Stream LCS again! Really thankful that I can resume the co-streams and excited to move forward together with Riot and the LCS into the 2021 season. Co-streams will resume Friday LETS GO!!!!

Riot Games’ official co-streaming policy states that only “LCS and Academy team members, specific broadcast partners, and NA/OCE LPP members will be permitted to co-stream live LCS games.” An email from the Santa Monica-based company said that some of Rivera’s statements on social media violated its policies aimed at fostering “a safe and inclusive community.”

“I don’t know why [this is happening],” I’m trying to talk to them and try to explain that [co-streaming] is something I love doing,” Rivera said in response to the email last year. “I’ve changed all my content around [that]”. But, it seems that those talks have led to his permissions being reinstated.

IWillDominate’s LCS past and move to streaming

Rivera was s a Jungle player, most notably for Team Dignitas and Team Liquid, between 2010 and 2016. He moved to become a streamer for Team Liquid after his professional career and most recently joined Cloud9 in late 2020.

Rivera will host his next co-stream on Friday during the upcoming LCS stream. Rivera will kick his co-stream off at 9 AM PT.  You can see the whole schedule on the official LoL Esports website.