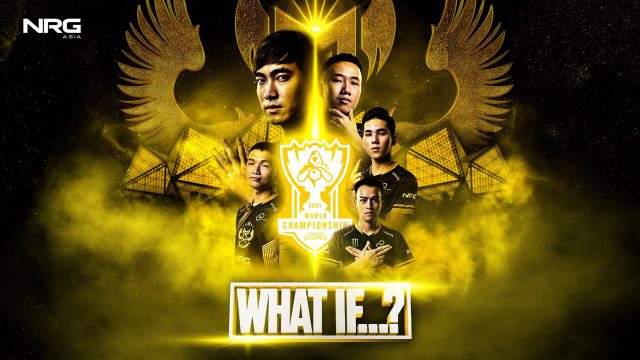 Provided by NRG Asia The VCS is still trying to make its way to Worlds 2021.

On Sept. 15, Thethao reported that Riot Games officials and GAM Esports leadership have been working together on solutions to bring Vietnam Championship Series representatives to the League of Legends 2021 World Championship.

According to the source of https://t.co/wX8PdqJQrQ, the leadership of GAM Esports has been working with Riot Games very actively during the past few weeks. pic.twitter.com/24Wkyj50XH

According to the report, GAM’s leadership is looking to leverage existing relationships in Iceland to obtain official immigration documents from the Icelandic government.

The letter specifically states the name, gender, date of birth, nationality, passport number and job title of the individuals that each organization is hoping to send.

On Sept. 1, Riot announced that VCS representatives GAM Esports and Saigon Buffalo will be unable to represent their region at the World Championship for the second year in a row. This is because they were unable to secure visas after the tournament location was changed from China to Europe.

On Sept. 9, Riot Games officially announced that Worlds 2021 will take place from Oct. 5 to Nov. 6 at the Laugardalshöll indoor sporting arena in Reykjavík, Iceland.

As a result of the VCS’ absence from Worlds 2021, the League of Legends European Championship’s third seed, Rogue, will bypass the Play-In Stage (which they initially qualified for) and slot directly into the Main Group Stage.

The harsh reality of the COVID-19 pandemic has heavily affected international League of Legends esports since the beginning of 2020. On Aug. 28, Riot Games Head of Esports for North America and Oceania (and interim LCS Commissioner) Chris Greeley announced that the 2022 World Championship will be held in North America and span across four different cities.

Riot Games has yet to respond to Upcomer’s request for comment at this time.