Report: es3tag to join NiP and replace LNZ on the starting roster

Report: es3tag to join NiP and replace LNZ on the starting roster

The team tweaks their roster ahead of the BLAST Premier: Fall Final 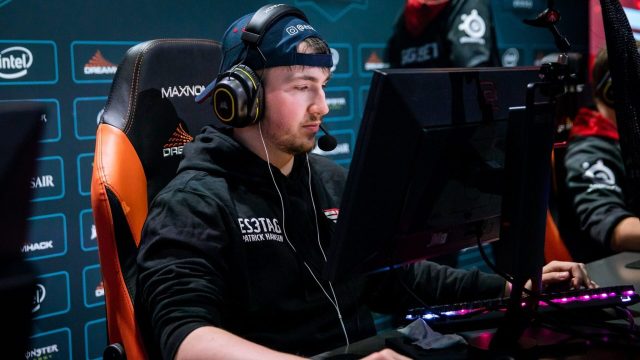 Update (11/17): Patrick “es3tag” Hansen has officially signed with NiP, confirming the report from Dexerto. The original story continues as follows:

Patrick “es3tag” Hansen, the currently benched Complexity Gaming player, is set to join the Ninjas in Pyjamas starting roster, taking the place of Linus “LNZ” Holtäng, according to a report from Dexerto. The move comes ahead of the BLAST Premier: Fall Final, where the last-minute change will be allowed in exchange for NiP’s relegation to the lowest seed at the tournament. (The rule was instituted by BLAST to accommodate late roster changes).

According to the Dexerto report, es3tag is in the midst of finalizing the transfer to NiP. With this move, he would join an exodus from the now-defunct Complexity lineup, as Benjamin “blameF” Bremer and Kristian “k0nfig” Wienecke have left the organization to join Astralis.

LNZ was promoted from the Young Ninjas, NiP’s academy roster, as a stand-in in June of 2021. Since that time, he’s found little success, though his performance at the recent PGL Major Stockholm 2021 exceeded expectations. If es3tag moves to NiP and takes his spot, it will mean that the Dane reunites with former Astralis teammate Nicolai “dev1ce” Reedtz.

Before joining Complexity, es3tag played on Astralis and Cloud9, all within the span of a year during the online era of Counter-Strike. Though the reasons varied, the Dane has struggled to find significant wins with any of the rosters — excluding his ESL Pro League Season 12 win with Astralis. He’s played both support and entry fragging roles in the past.

For NiP, the roster shift comes after the team barely secured top eight at the PGL Major. They were eliminated in the first round of the playoffs by G2 Esports, who were able to advance all the way to the grand final. The Swedish roster has found limited success, with a first place finish at the IEM Fall Regional Major Rankings event; the only noteworthy win since adding dev1ce to the roster in April of 2021.

Should the es3tag move go through, NiP’s roster will be as follows: